View and buy the book here 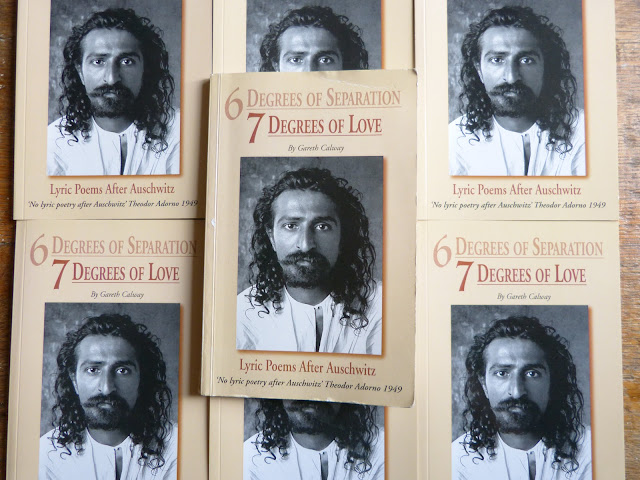 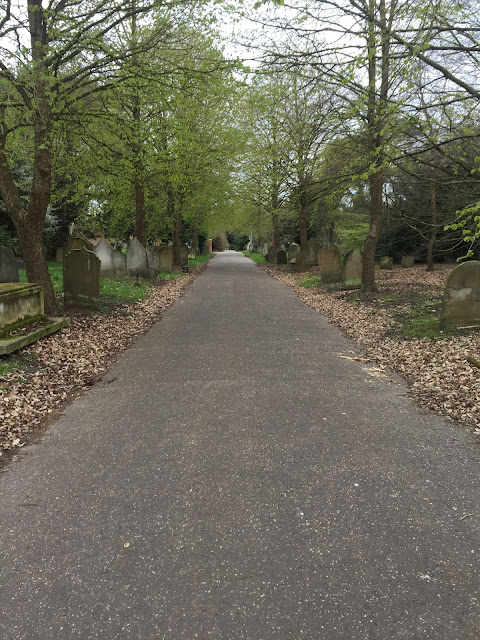 Bowthorpe Cemetery April 12 2019, on the fortieth anniversary of the event described on below (p.13 of the book). Despite a prolonged search down memory lane, on this occasion, very much older and infinitesimally wiser - and unlike previous revisits -  I couldn't find the gravestone; but I was given this vision of new life (pictured above) instead.

The day we met[1]I stepped inside your door
To say goodbye forever, so hell bent
On every kind of unemployment,
Schoolboy-giggling at work so heaven-sure
But you knocked me senseless to the floor,
Saying heaven on earth was what you meant
Which rang an old school bell and testament
To the word on the street I was searching for.

Gaining heart, I crossed my city of the dead
To Easter Thursday chancing on a grave
Dated the day I was born and lay down.
‘What’s lost in the wasteland is found there,’ it said
‘Who loses himself for love will be saved,’
‘Who dies lives’ and my heart, lost to you, was found.

[1]I attended a Meher Baba introductory meeting at UEA, the University from which I’d recently graduated, on January 31 1979.  The elderly speaker was Lady Dorothy Hopkinson. I was late arriving and giggled hysterically throughout. Dorothy had a physical condition that made her tremble in addition to which her Western intellectual audience was largely bemused or hostile. She affirmed with impressive moral courage a (to my ears) bizarre vision of the modern world but then concluded with her belief (which my heart shared though I lacked her moral spine to affirm it in public) that God can only be found within us. At the end, I felt I owed her at least the respect of apologizing for my rudeness before I turned my craven back on the whole adventure. She asked me if I wanted a hug. It was of course exactly what I wanted and I spent the next day wondering what had hit me. I resisted the explanation that the unfamiliar and joyous new sense of purpose – the now to me unmistakable presence of Meher Baba - had anything to do with that crazy meeting. But by Maundy Thursday 1979 I was living in a kind of vision and the poetic allegory described in this poem was actually happening in the ‘real’ world. An epiphany. The courtship  - or perhaps the honeymoon - before the marriage.
Dr Who Am I and The Zen Trails of Hafiz (theDante-esque adventure described in Part B of the Book) is the soul's long journey home through hell on earth and the seven heavens to God. It has been made into a musical album with 24 page lyric booklet, featuring the poet and singer-songwriter Gabriella Tal.  Like the book, it is called "6 Degrees of Separation; 7 Degrees of Love" 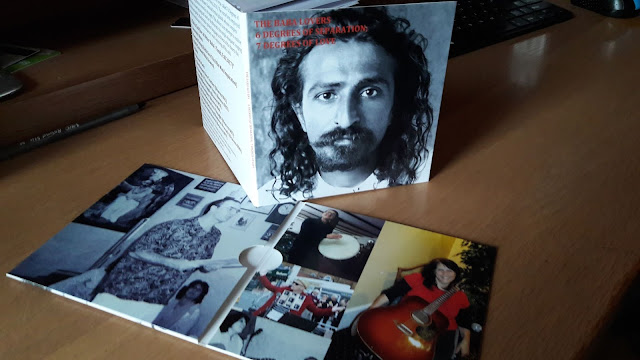 What is the book about?
Nothing. And Everything.
And the long love-longing to get from one to the other.
All the poems in the book are written for singing or some kind of musical performance.

Part A - The Calling

Leila and Majnun; Lancelot and Guinevere

One of my more avid readers once declared that she prefers love stories of married people to tales of, in whatever sense, extra-marital or courtly love. Part A certainly beats a heart drum for explicitly married love poetry but my belief is that Leila and Majnun (and the Western, less obviously spiritual versions Lancelot and Guinevere) represent the longing for the unattainable 'other' half that marriage channels. Just because we spend every day with a person does not make them any less of quest to achieve: 'knowing' in the (ironically termed) Biblical sense is only a small part of really knowing. The historical place of courtly love for the nobility (ie love achieved outside of a marriage primarily a land transaction) gave way around the time of the Reformation to a culture interested in love stories of married people and in practical terms women's long journey in the West from sex/love objects to equals and business partners began about then. But if you're looking for passionate and mystical love in Milton's married (and pre-Fall 'knowing') Adam and Eve, good luck. "He for God only; she for the God in him." Give me Dante's transcendent Beatrice every time.

Part B - Dr Who Am I and The Zen Trails of Hafiz
https://soundcloud.com/gaz29-1/the-tyranny-of-dead-forms-rap (Hell) 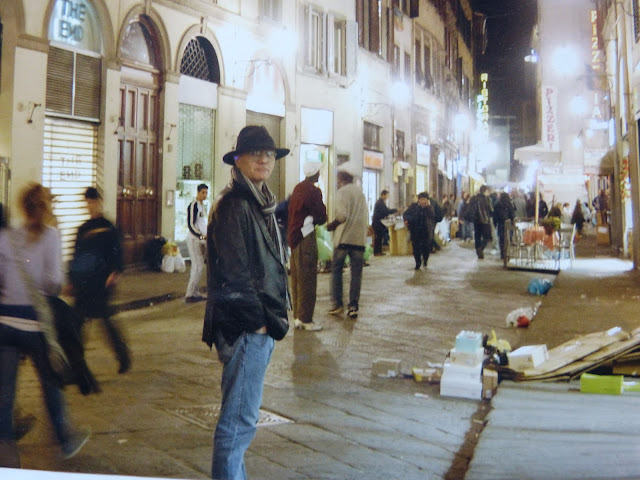 'New mezzo del caiman di rostra vita.'
Taking my Dante pastiche to Florence:
The Night Train To Dis (film)
Whoops! Hell 1 and Hell 2 are in the wrong order and it should be Perseus not Jason on p.43. 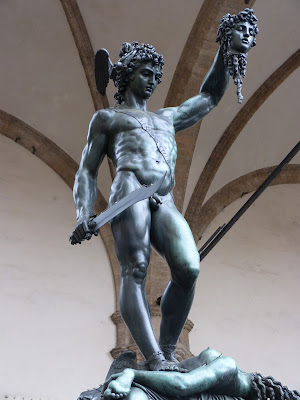 Perseus in the Piazza della Signori in Florence.
All of Part B of this book was performed live by heart under St Benedict's St in Norwich in July 2015. (see pics) 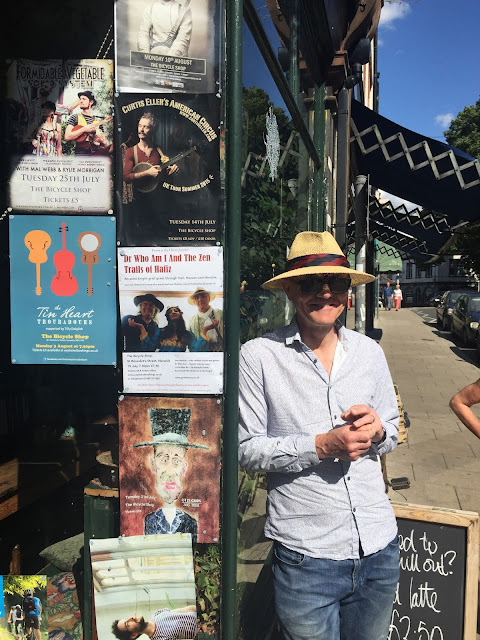 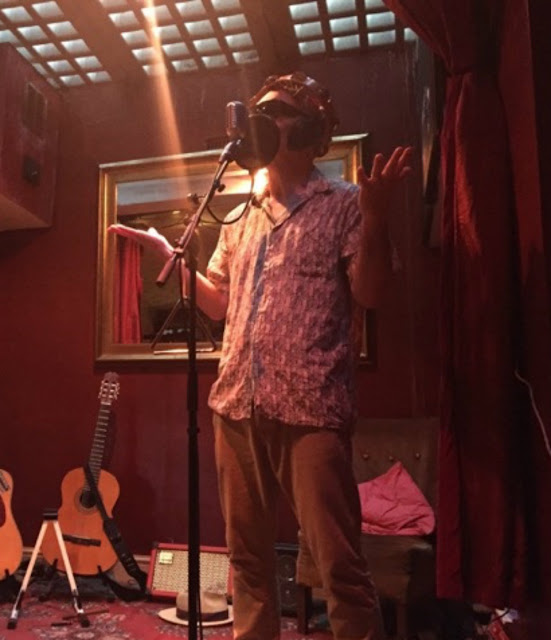 The poet as Dr Who Am I in the stage show of the book.
0 retweets0 like

Apart from two villanelles, the book is made up of ghazals and sonnets. Here's one of the 'Hell' villanelles-
Hiroshima, The 4th degree of Separation

Some video and audio versions of the "Zen Trails of Hafiz" ghazals sung by Gabriella Tal:


Hear a musical version of pp. 40-41 sung by Gabriella Tal

Watch a video version
Seeing Is Believing (film)
SEEING IS BELIEVING! a must hear!
All In The Heart (Sixth Heaven) (film)
But only God is real: This Is God

Posted by Gareth Calway at 6:55 am