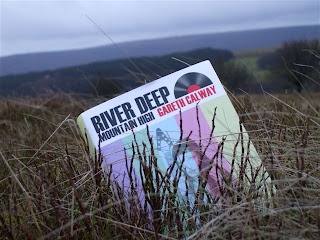 I've had some dodgy radio interviews over the years and some hilarious moments. In fact, I must compile them for some sort of presentation. Once, being interviewed with a French woman called 'Aude' the interviewer spent about ten minutes establishing how to pronounce her name and then called her 'Odd' throughout. In my very earliest interviews on Severn Sound in Gloucester, I could never shake off the associations of Beatle interviews I'd watched as a child and kept going into Fab One mode - answering questions about what my poetry meant in inappropriate Liverpool accented Lennonisms like "Nothing." Or "It's about Lucy ..in the sky... with diamonds. If it was about LSD, I'd have called it LSD." I've also had some interviews where everything seems to click from the start and you see what an amazing process good interviews can be - a conversation with thousands listening in which the joy and fun of your art gets conveyed.

But I think this interview with Roy must be the nicest of all. He is a genuine voice of Norfolk, relaxed, unassuming, unpretentious - and sharply focused on the things that matter. He reminds me of a chap in our village - Norfolk born and bred (though incredibly a Bristol City supporter, as is Roy's wife - what is going on around here?) who when I observed how well he'd done for himself said, "Yip. Got everything 'cept brains and money" And has plenty of both of course. The Eastern Daily Press gave the feature four stars and I think it was the pleasantest four stars I've ever earned (give or take the nineteen years toil it took to write the novel.)

Roy said lots of generous things about my new novel but the biggest compliment he paid was to say I was the kind of teacher he wished he'd had. It doesn't come much more flattering than that.
"Get us five stars next time," beamed the continuity guy on the way out. There's no pleasing some people!
Posted by Gareth Calway at 9:22 am No comments: 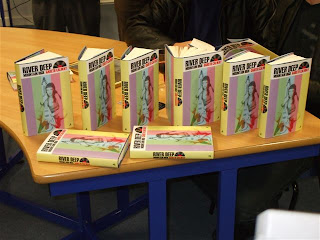 Well it's here at last. I've been writing it since 1989 and River Deep Mountain High finally hits the bookshelves at King's Lynn Waterstone's on Friday 29 February. (Officially - it's already sold hundreds via Amazon etc)

The official invitation event is that Friday. But there is a signing open to the public on Saturday March 1 in the same venue, the date the novel is set on. See you there between 11 and 12 noon! 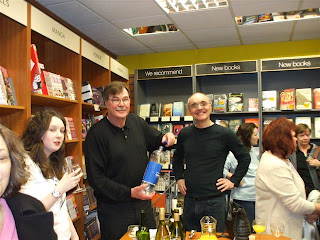 Posted by Gareth Calway at 7:57 pm No comments: