The Meaning of Christmas (EDP feature) 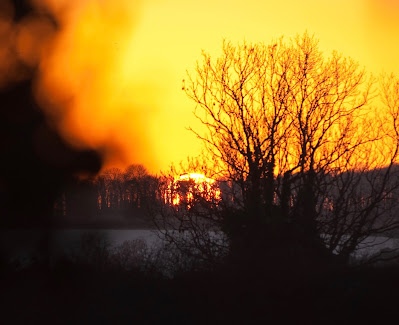 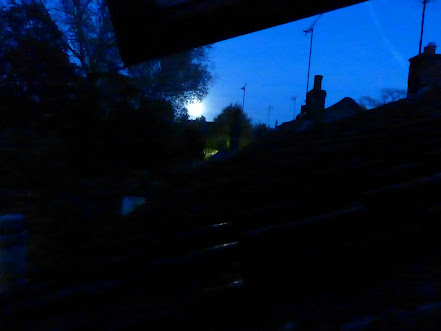 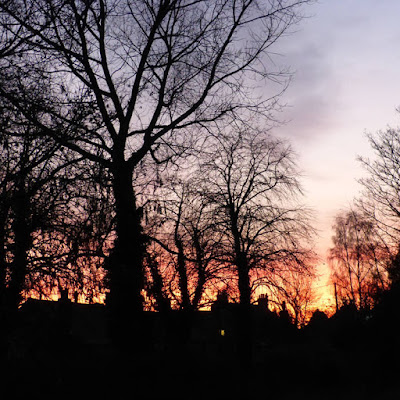 So the year turns, Mother Christmas. the fairy bulbs grow into the gloom and we are once again at the solstice.
Puritans have always demanded that we should ‘put back’ the Christ into Christmas, Father Knowall. Pagans counter that ‘Christ Mass’ has much more to do with the winter solstice.
Solstice celebration was certainly there first. Stonehenge, raised at the turn of the Neolithic and Bronze Age, predates the ‘first’ Christmas (in Bethlehem) by thousands of years.

The spooky Scandinavian festival of St Lucy (Dec 21st,) at ‘the year’s deep midnight’ led by girls wearing white robes with red sashes preserves remote memories of how the frozen north celebrated the winter solstice with large bonfires to scare off evil spirits and turn back the course of the sun.

As you look out of your hostelries at the fairy lights, that Christmas cheer-in-the-dark comes from a tradition much nearer Bergen than Bethlehem.

True, the Biblical God comes to earth in a stable surrounded by animals, farm workers, angels and wise men with gifts. But nowhere in the Bible does it tell Christians to celebrate that birth on the 25th December.

In fact the first December Christmas wasn’t until 350 AD when Pope Julius I established it on Mithras’s birthday, the last day of the Roman Saturnalia, a midwinter holiday when work was suspended, the moral and social order was upended, and gifts were exchanged.

'Mince' pies are Elizabethan. Their suet, dried fruit and spices ‘minced’ into the meat were regarded as so indulgently ‘pagan’ that Oliver Cromwell passed an Act of Parliament authorising the imprisonment of anyone found guilty of eating a currant pie.

Oh no he didn’t! In 1650, he was away defeating the real killjoys – the Covenant-bashing Scots – at Dunbar, in the service of a Puritan government whose intolerance often exasperated him – ‘what keep wine out of the country lest men be drunk!’ But this is where our folk-memory that the ‘Puritans cancelled Christmas’ comes from.

Let’s talk turkey, a Tudor innovation and one of Henry VIII’s less controversial cuts. But only after Scrooge sent a big one to Bob Cratchit did the turkeys really start voting for Christmas.

Unlike most of our modern Christmas traditions, turkey isn’t German, Nordic or American in origin. Germany tucks in to roast goose and carp served with Gluwein while Icelanders feast on Gammon steak, herring and reindeer. In America, from which it was introduced to Europe by the Spanish in the sixteenth century, a turkey dinner is more associated with November Thanksgiving.

Some believe Goose is a more authentic choice but the old folk rhyme is against them.

At Christmas a capon, at Michaelmas a goose
And somewhat else at New Year’s tide, for feare the lease flies loose.

Geese were released into the stubble fields at Michaelmas to fatten up on the dropped grain. Poor farmers often paid their landlords in geese. So, gentlemen, your authentic Christmas dinner is capon - a castrated cock!

St Boniface cut down an oak in anger – some German pagans were worshipping it - and a fir tree (symbolising Christianity) sprang up from the roots. European tree worship survived in the Scandinavian custom of decorating the Christian house and barn with evergreens at the New Year to scare away the devil. Germans still set up a Paradise Tree in their homes on Dec 24, the feast day of Adam and Eve, hanging it with communion wafers and candles (now cookies) as the symbol of Christ.

But it was not until Prince Albert of the Victoria and Albert Museum, brought it to England in 1840 that it took over the British living room.

Oh no it wasn’t! It was Good Queen Charlotte, German wife of George III, in 1800. Not to mention the ancient British druids who used holly and mistletoe as symbols of eternal life and placed evergreen branches over doors to keep away evil spirits.

Santa wears red instead of the authentic Christmas/solstice green of Gawain and the Green Knight because of coca cola.
Oh no he doesn’t! That change to red precedes coca cola by over a decade.

The holly king fought the oak king for rulership of the year. Its fresh green leaves and bright berries signify the green of growth and fertility – also represented by mistletoe - and the red of blood, a reminder of the springtime to come. Christianity added the blood and crown of thorns of a love that dies for others.

And a spirit of generosity. Let’s raise a glass of mulled wine to the sainted fourth century Bishop of Myra, thanks to whom Christmas really does have its roots in Turkey. Sinterklass. Saint Nicholas. Santa. (December 6 is his day) He believed in giving gifts to children as a way of adding enjoyment to their fleeting childhood.

An old British folk tale has it that when Jesus was on His way to Calvary, a robin picked a thorn out of his crown, and the blood which issued from the wound falling on the bird dyed its breast red. The robin was originally Thor’s bird – and no real robin ever sang in Palestine - but this legendary bird surely flies higher and sings more sweetly in these Christian versions.

Christ was definitely an addition to the original pagan ‘Christmas’
But it adds a deeper meaning. Love.