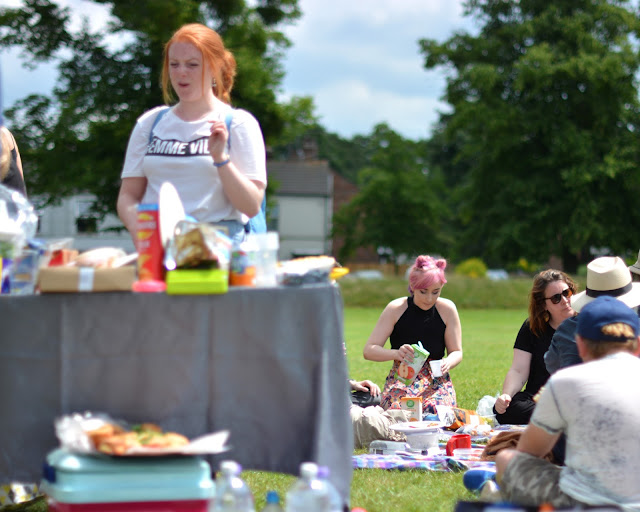 Something written by the photographer, my friend Bhas Allan, says it all for me:

"Do not let how she died overwhelm you. Remember how she lived instead.

I felt that I had to be at The Walks today for the picnic in remembrance of Jo Cox. I'd never heard of her until her untimely death, but everything I heard of her life reminded me that there was still hope in this country - that there are still some few people out there who represent their constituencies and are more than worthy; rather than toeing the party line, whipped into place, in safe-seat-jobs-for-life, all expenses paid, any and all donations welcome, cynical and self-serving, cronies and old-boys, clowns and old Etonians, filibustering fools, frauds, fake smiles and faker concern, blind eyes, silent tongues, hearts as dead as stone, and all their paltry souls sold for empty promises of power.

As we sat there, sharing our food and drink, I thought that the flames of hope are kept alive by participation. If we just sit back in complacency we're investing in ashes."

I am very glad we were there with Bhas and other community spirits in a Lynn park in the summer sun. As organised by Jo Rust for Jo Cox.

Jo Cox reminded me of the dynamic political idealism of the 60s. She was a much-needed reminder for me that politics isn't a priori corrupt and that political enthusiasm isn't always just a way of perpetuating social and international chaos. It can be instrumental in establishing a real brotherhood and sisterhood of humanity.  She was a good politician, a timely reminder that there are of course good politicians, that by extension that there are of course good teachers, priests, doctors, lawyers, journalists, social workers etc etc - who pursue their calling in a spirit of service, who don't almost by definition (as much news coverage would have you believe) abuse their positions or the people they should serve. She put the breath back into the lungs of idealism. She was a reminder that the terms 'politician' and 'good' aren't mutually exclusive. She died in this cause and it is almost unbearable that she did so but she is also very much alive. 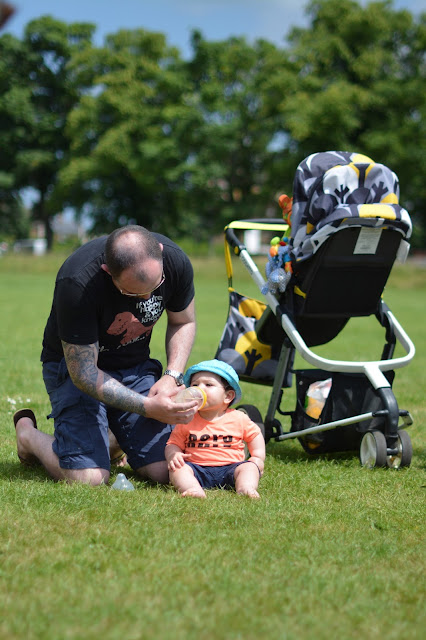 Posted by Gareth Calway at 7:58 am No comments: 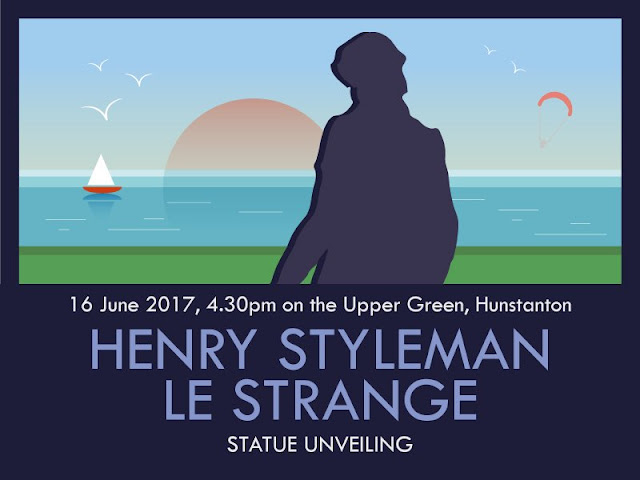 Lynn News report of the event.   (with pics) 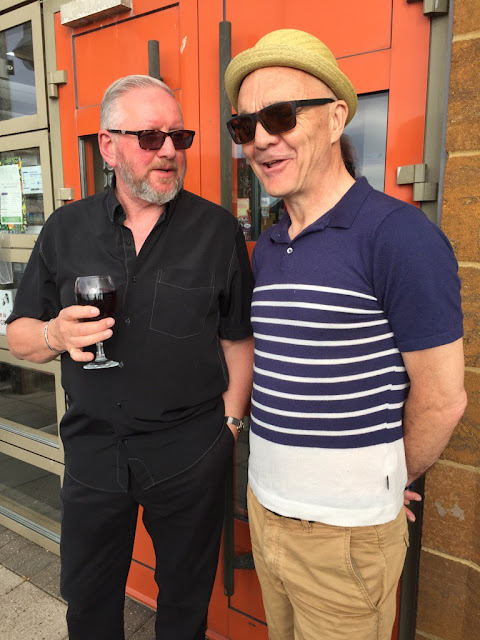 Sculptor Alan Herriot and balladeer Gareth Calway relax after the ceremony, which combined a statue unveiling of Henry Le Strange founder of Hunstanton with speeches from local dignitaries and a specially commissioned ballad in his honour.

The ballad was performed by spoken word and harp duo Lovehearts and Redwine (Gareth Calway and Vanessa Wood-Davies.) Gareth and Vanessa's recent album "Lancelot and the Grail Maiden" of mainly Norfolk stories was launched at the Bury St Edmunds Festival in May. 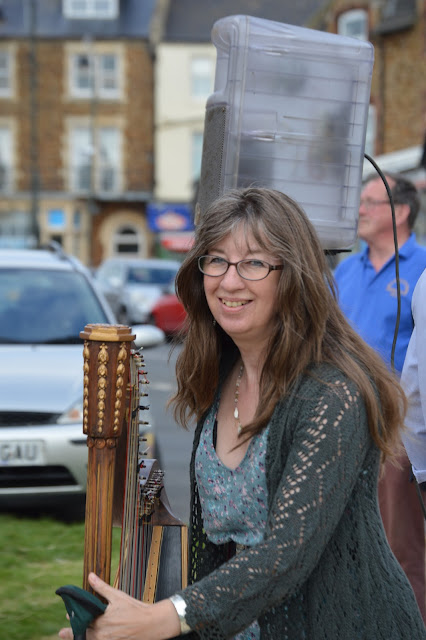 "Gareth showed me the new lyric on Friday and I was able to come up with a tune for it. We now have a week to rehearse it. The good thing about a home-made album is that you can add a new track and a demo of 'LeStrange's Dream' is already on the digital download," said Vanessa. 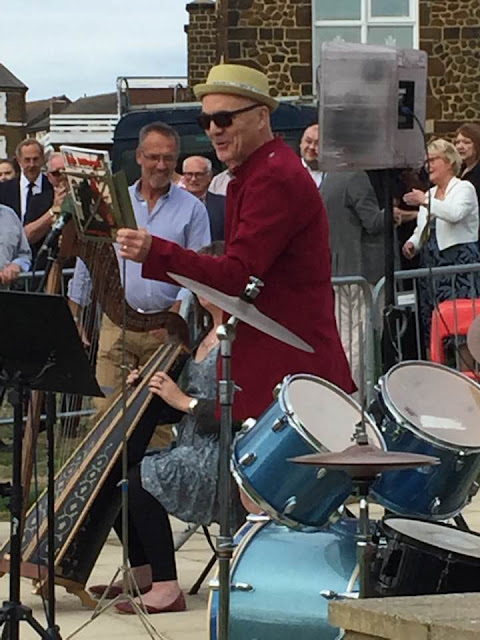 Gareth, who wrote the lyrics of the Millennium Anthem for Hunstanton in 2000,  also wrote and performed his rap "The Ballad of Badass King John" at the borough's other recent (Alan Herriot) statue unveiling in Lynn  last October. 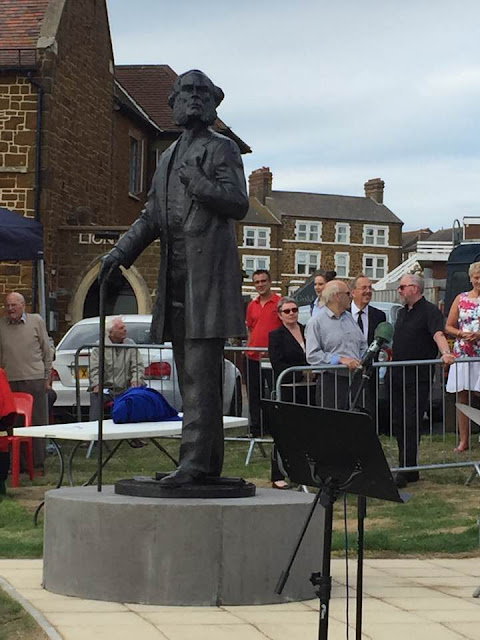 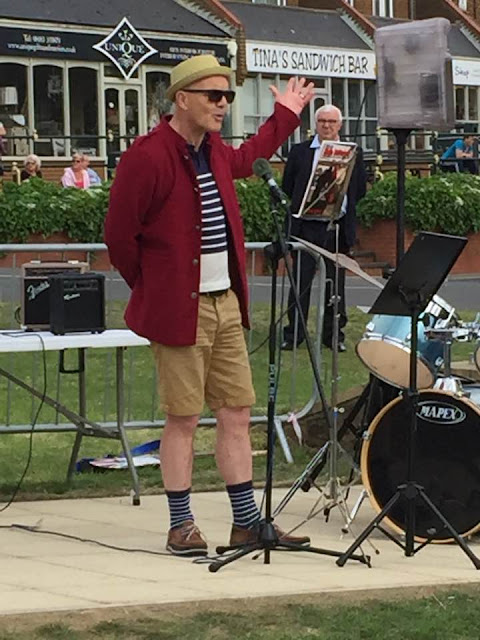 The balladeer in flow. "A Norfolk Brighton, Joy on the Wash/ He carved his vision from carrstone rocks...

Join us for the civic unveiling of the statue of Henry Styleman le Strange in Hunstanton on Friday 16 June, from 4:30pm.
The Mayor of the Borough of King's Lynn & West Norfolk Cllr Carol Bower, along with Hunstanton Town Mayor Cllr Adrian Winnington and Michael Meakin of the le Strange Estate will be unveiling a specially-commissioned life-sized statue of the town's founder Henry Styleman le Strange.
The bronze statue stands proudly on The Green in the town, facing out to sea, thanks to funding from a host of local people and businesses, the Borough Council of King's Lynn &West Norfolk and the Heritage Lottery Fund.Henry was a well-respected landowner. He restored Hunstanton Hall, making it his family home in Old Hunstanton. Henry also restored his family church, St. Mary’s at (Old) Hunstanton. Today, St Mary’s remains a beautiful church with stunning architecture and is much loved by the community and visitors alike.Henry had a long-term vision for his home town of Hunstanton to become a thriving seaside resort to rival Brighton and Southend. Without his vision and investment, the town would not be the thriving seaside resort it is today.It was local resident, and member of the Civic Society, Brian Holmes’ idea to get a statue made to recognise and celebrate the contribution that Henry Styleman le Strange had made to the town. He asked William Searle take on the fund raising element of the project. £20,000 was allocated from the Heritage Lottery Fund Hunstanton Heritage Gardens project, £8,000 was pledged from the Borough Council of King's Lynn & West Norfolk and, thanks to William's efforts, the remaining £12,000 was raised through donations from the local community, including businesses and individuals. The £40,000 statue was designed and made by artist Alan Herriot, who also produced the King John statue in King's Lynn. Standing at 7' 7" tall (including the base plate) Henry Styleman le Strange is depicted as a Victorian gentleman in a well-tailored suit, looking out over The Green, towards the sea. The design is based on images from the Civic Society Archive and portraits from members of the le Strange Estate.Michael Meakin from the le Strange Estate, said: "It is a great honour for the le Strange family to have the founder of Hunstanton recognised in this way. The statue is a permanent reminder of the man whose vision created the town."To mark the unveiling, traditional, Victorian-inspired, activities on The Green will start at 4:30pm with the unveiling taking place at 5:30pm, followed by a performance by Gareth Calway of a ballad he has researched and written specially for the project.Gareth explains that "le Strange's Dream: a homage to Henry le Strange, creator of new Hunstanton" was inspired by Henry's qualities. He was an artist and a visionary who was bold enough to back his visions in the face of criticism. He painted the ceiling of Ely Cathedral to his own design and built an entire new town.Gareth said: "Henry Styleman le Strange was one of the great Victorian creators. He understood that art and visions needed to be practical to actually happen in the real world. Part of his practicality was his generosity. He poured his own time and money into community projects, and gave up some of his own land to enable them. I'm looking forward to performing the ballad on the day and hope that it gives people a strong sense of the kind of man Henry Styleman le Strange was."The event will finish with performances from local artists including the Rock Choir.Cllr Elizabeth Nockolds, Cabinet Member for Culture, Heritage and Health, said: “It is great to see that the spirit of Henry Styleman le Strange lives on in Hunstanton with people willing to contribute their own time and money to support community projects like this. With Brian Holmes’ ideas and William Searle’s enthusiastic fund-raising efforts, visitors to and residents of Hunstanton will now be able to enjoy this statue of the great man Henry Styleman le Strange, to whom the town owes so much. "It is a welcome and iconic addition to the newly restored heritage gardens here in Hunstanton which have benefited from Heritage Lottery Funding." 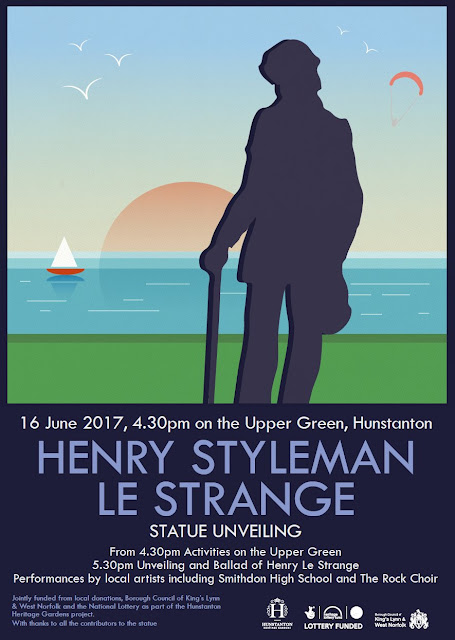 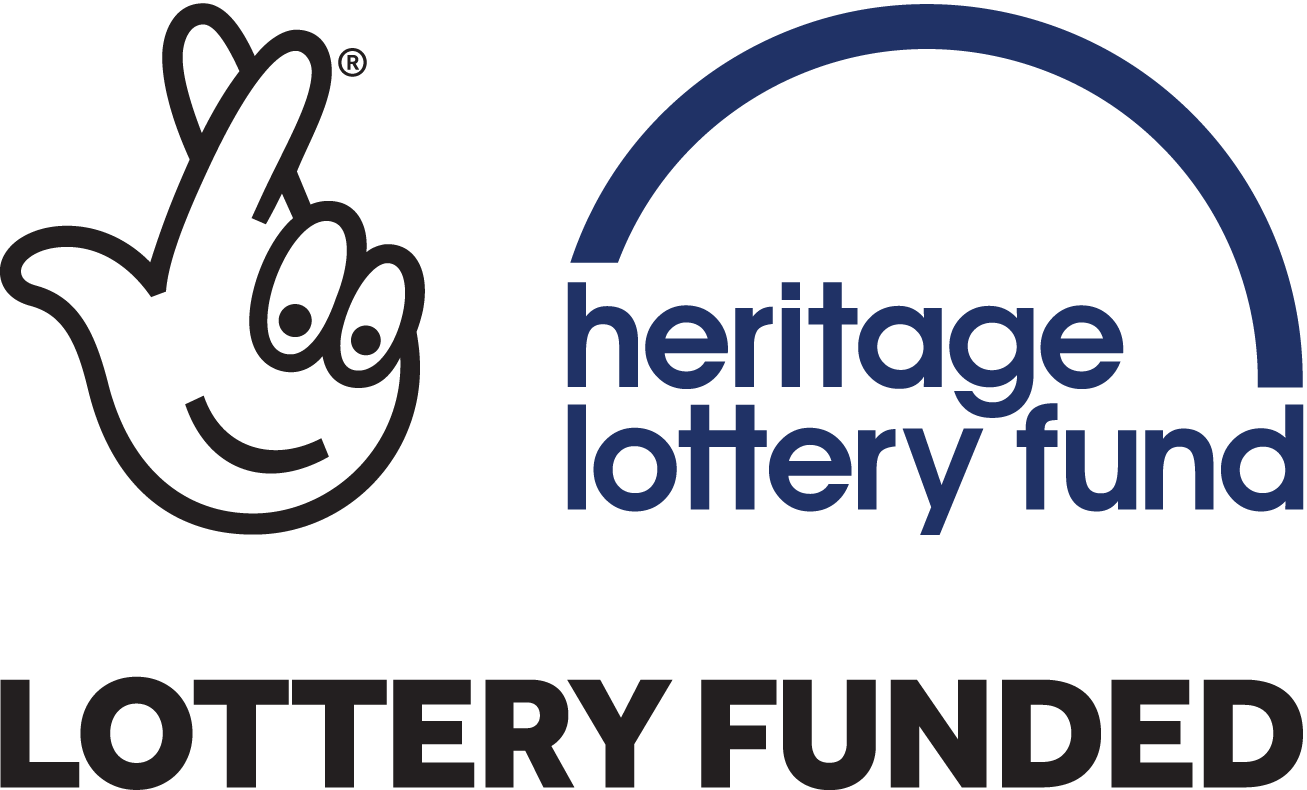 Posted by Gareth Calway at 6:30 pm No comments: