Read this obituary as published in The Lynn News 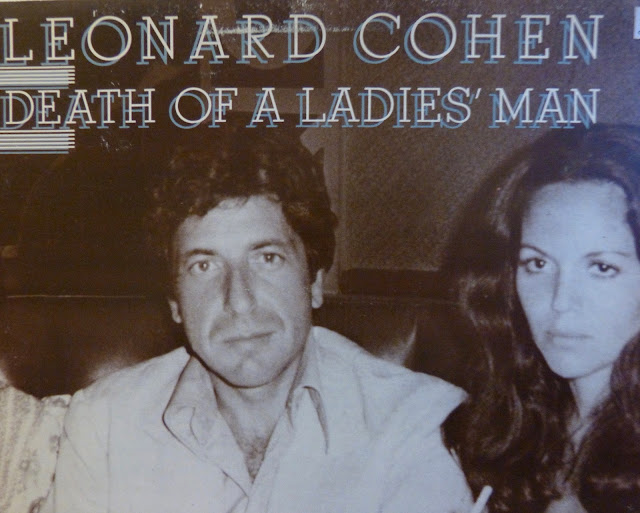 
The name of this website ('Bard on the wire") is a homage to  Cohen's famous song Bird on the Wire. Here's my tribute to the Canadian folksinger, who die in November 2016.

Standing on Purfleet Quay by the statue of George Vancouver (born Lynn June 1757) and his painfully achieved coastal chart of North West America feels like the perfect place to remember Canadian folk singer Leonard Cohen. It's all there. Cohen's use of water to convey the spiritual depths beneath urban experience ("Now Suzanne takes your hand/ And she leads you to the river/ She is wearing rags and feathers from Salvation Army counters"); that sense of a great outside world washing up  in the silt in every harbour ("heroes in the seaweed… children in the morning"); the spirit's life as a sea-adventure ("And Jesus was a sailor/ When He walked upon the water,") sudden epiphanies penetrating the clouds. ("And the sun pours down like honey/On Our Lady of the harbour.")
Countless bedsit dwellers all at sea in the 1970s tuned in to Cohen's life-buoy psalms. I always scorned the parrotry that he made 'wrist-slashing' music. It was the chirpy cheep cheeps that depressed me.
His lyrics were as deep as his voice later became. "I was born to this, I had no choice/I was born with the gift of a golden voice' he joked as he plumbed ever-lower registers in the autumn of his life. More like the rust-gold on an old sinking battleship.
Cohen faced the realities of love and mortality like some prophet off an Old Testament mountain, applying the scriptures once sung by his rabbi grandfather to illuminate real life. "Dance me to your beauty like a burning violin" was more Song of Solomon than Tin Pan Alley; "Hallelujah" as much actual gospel as gospel music.
He brought ancient wisdom to the relationships, gender and social politics of our day, gave them eternal context.  He inhabited the world of popular music for more than six decades avoiding the empty noise of its shallower vessels. He once quoted the Bible on  a passport application "If I forget thee, let my tongue cleave to the roof of my mouth."
He may not have had a secret chart for the 'smoky' life of the spirit but in his  20 album new-old testament, he has left one for the rest of us.  Like Vancouver he charted a complex and enriching map.

"Doin different - 39 new ballads from the East of England" by Gareth Calway (Poppyland publishing) is on sale in Waterstones, True's Yard and Hanse House.

A song from the loneliest room

A view of the studio albums, worst to best. (very unfair on 'Recent Songs' in my opinion and omitting the unmissable 'Live Songs' altogether, with its otherwise unavailable rough and ready gems like 'Queen Victoria', but really well informed and thoughtful.)

Posted by Gareth Calway at 10:38 am No comments:

Never work with children or animals (in this case a splendid pantomime cow) they say -  and I usually don't. But they're wrong of course and it was a blast taking part in this genuine old time variety show. Lots of heartwarming talent - I think the big rock choir hymning Cohen's 'Hallelujah' behind the Victims of Time was a real getting out of yourself moment, as was joining in on Brian's Lyin' Eyes. All the glitz of showbiz of the dancing troupes, dance studios and the stage schools; the really polished Frank Sinatra routine, the multi-talented Rollasons with their amazing stage presence and basically everything. I hope I haven't left anyone out. I never expected to sing Queen (whom I cordially loathe!) in a full company at the end either and I even enjoyed that. All the stage technicians and managers who worked so hard and of course Gemma Parsons the director and the excellent compere Steve Knowles. (It was a world away from the last work Steve and I did together, playing Sir Thomas Wyatt and Henry VIII in 'Tom and Harry'.)  So much hard work behind the scenes to make it go with a swing and raise that money for the cause.  And a lovely appreciative audience joining in and clapping along. Very proud to have been involved. 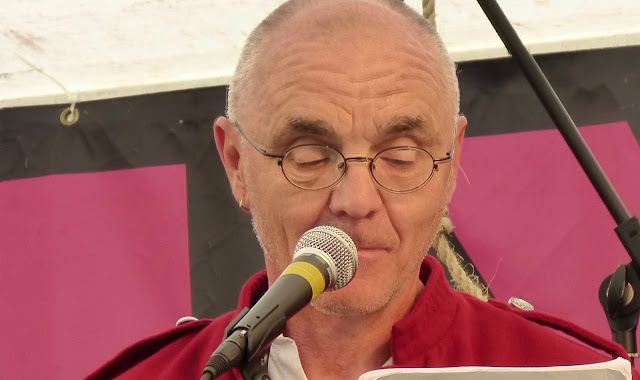 To help this wonderful charity, I will be transforming from the mild mannered clean-shaven middle of the road citizen you see above to the mediaeval apologist for King John you see below. 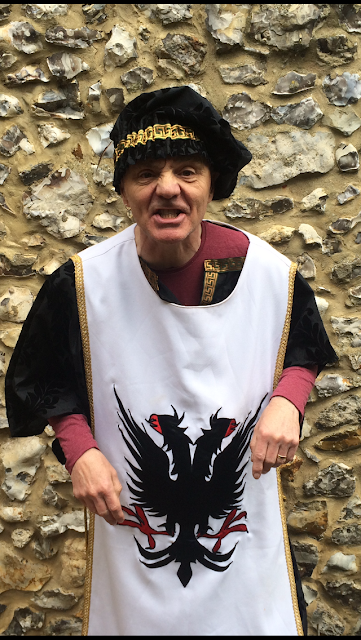 BOOK TICKETS
Once again the Princess Theatre is proud to be supporting Children In Need – We have a great cast of local artists to entertain you with comedy, music and dance in our special variety show 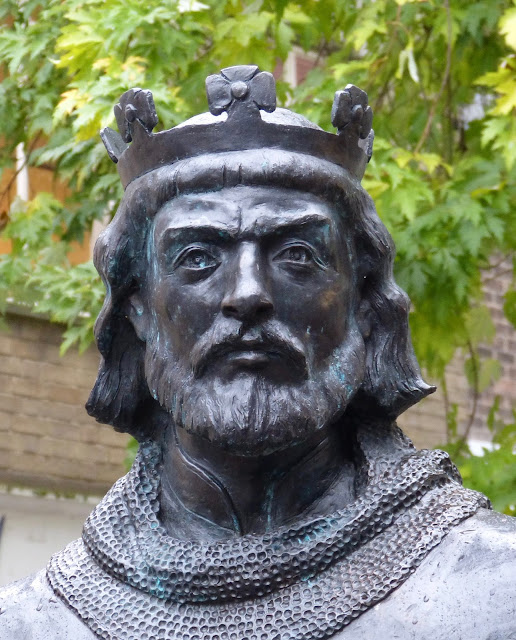 Posted by Gareth Calway at 5:24 pm No comments:


"Sedgeford October With Winter Geese." The full photoshoot for the cover artwork is below. You can read and hear the poem in its glorious digitally recorded autumn collage at the link above. 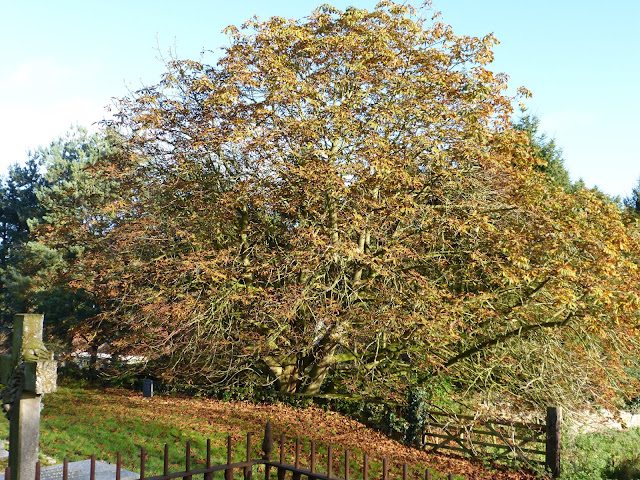 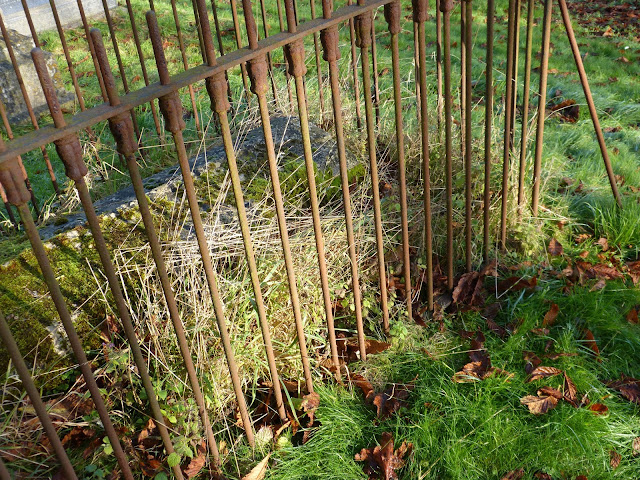 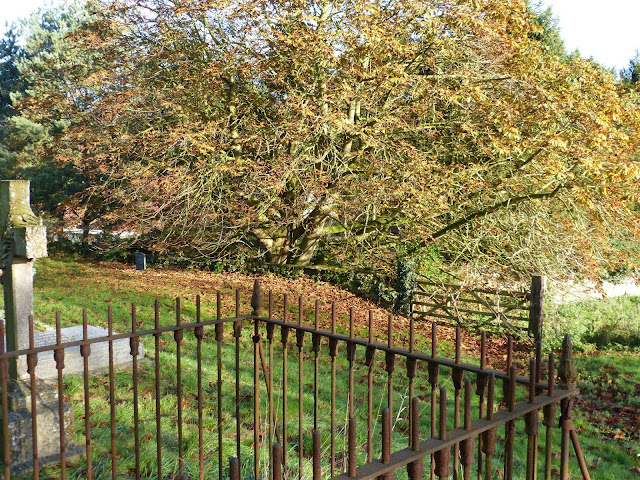 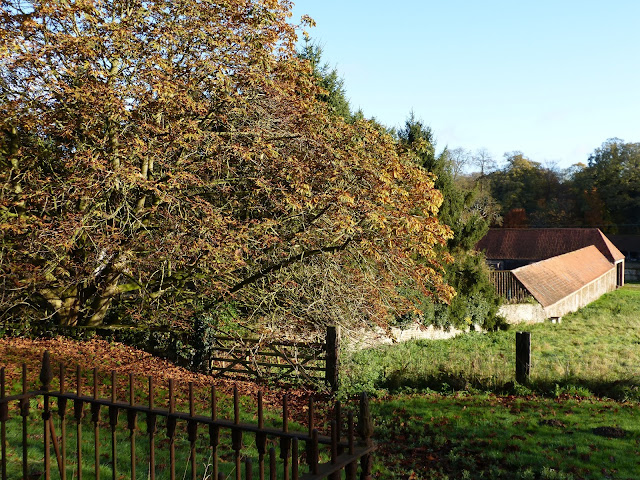 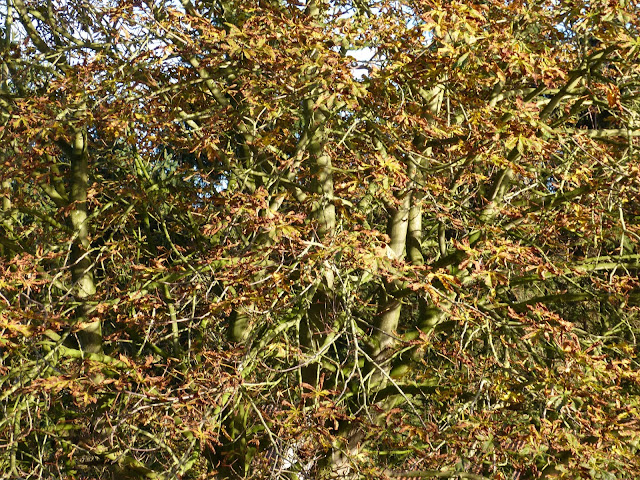 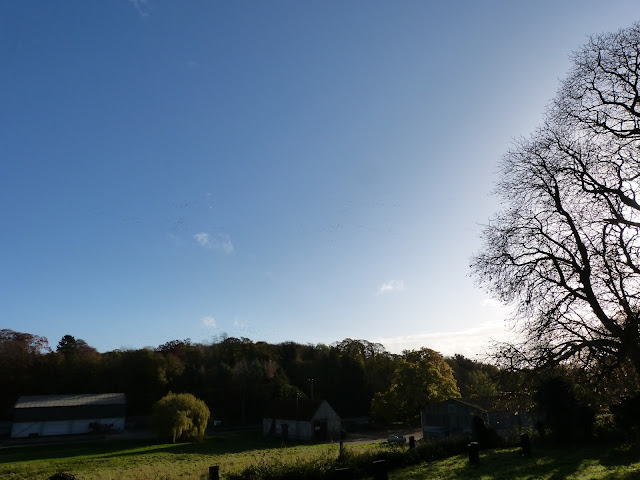 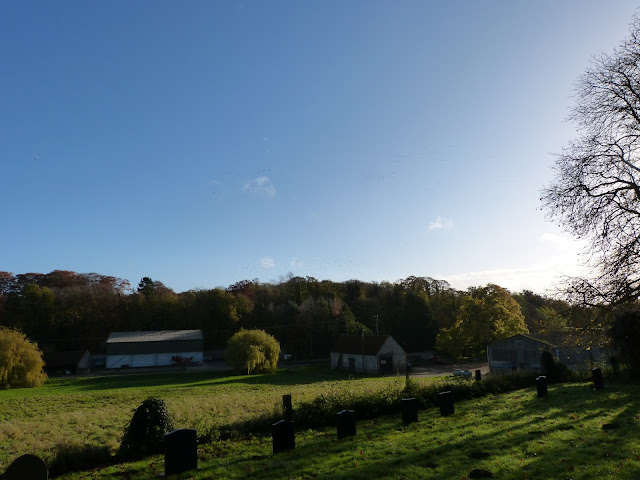 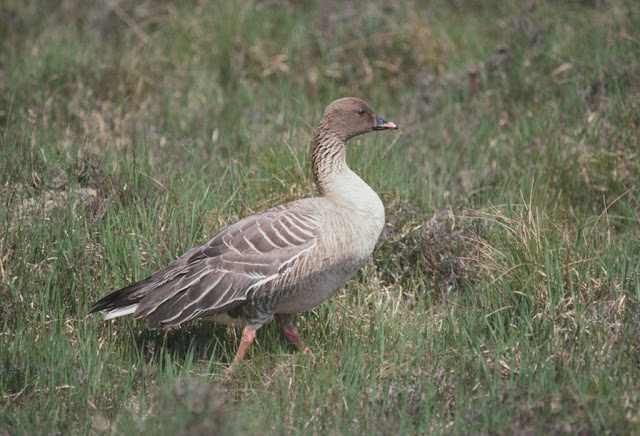 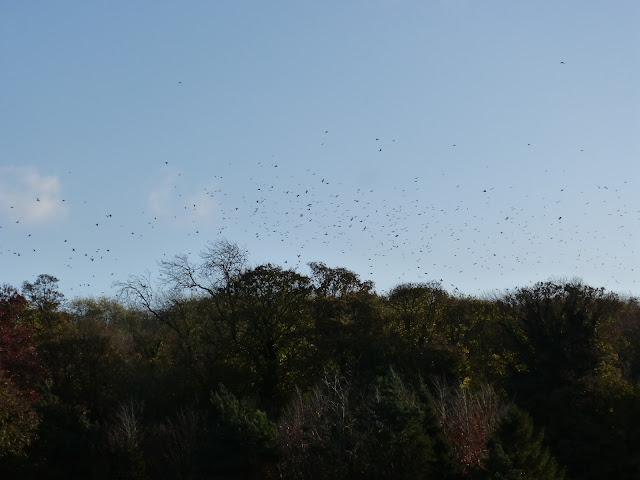 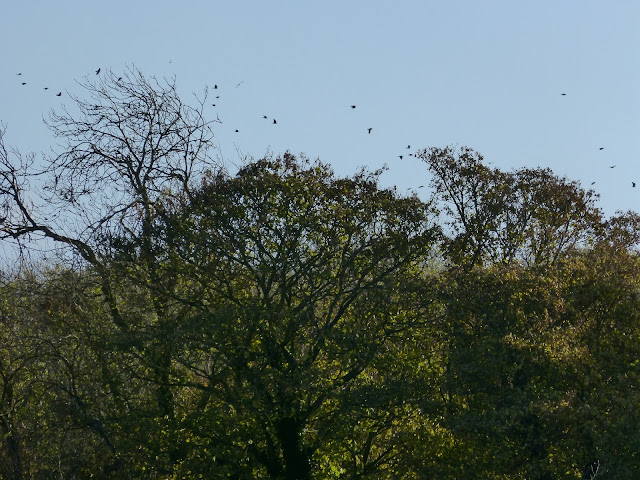 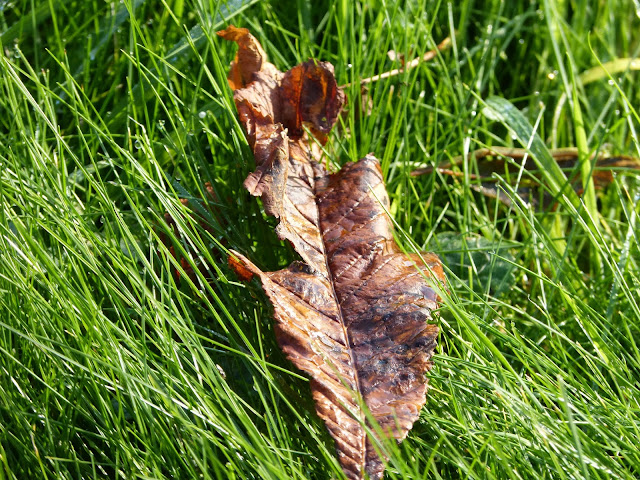 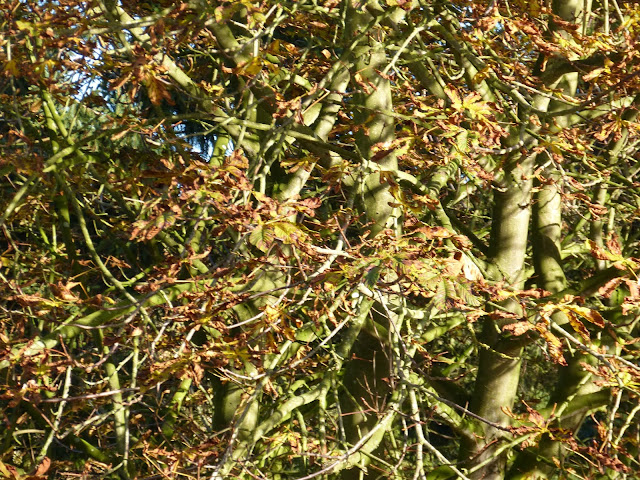 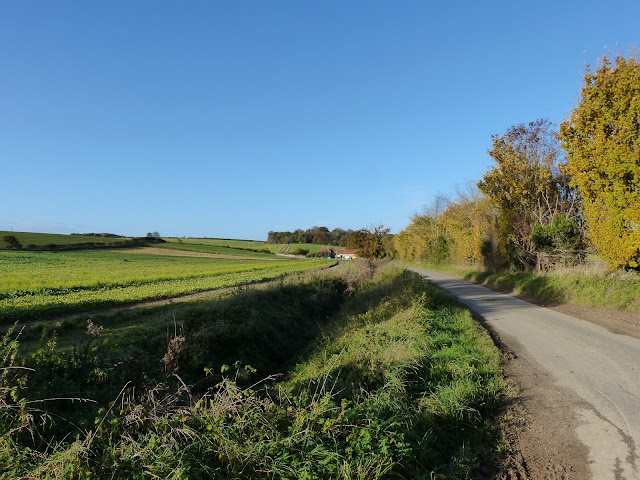 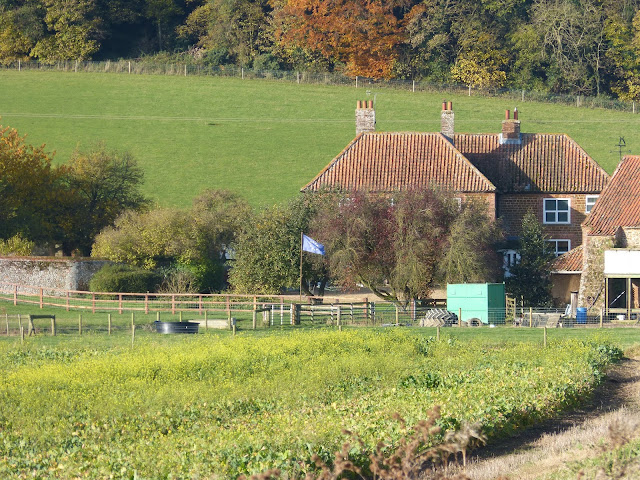 A corner of a Norfolk field that is forever Europe. And one of the loveliest corners of England.

Posted by Gareth Calway at 11:16 am No comments: