The Winter King (We're Only Making Plans For Nigel) 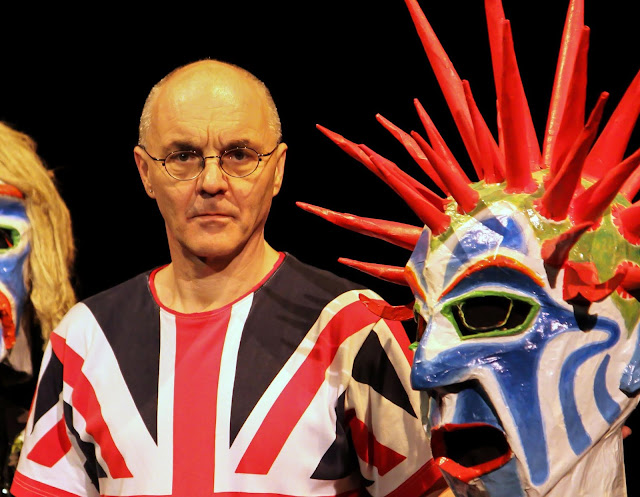 Far away and long ago, the land was divided and leaderless. Barbarians invaded from north, east and south. A May king – a dragon head - was needed to unite the people and drive out the invaders. Such a king could prove himself by drawing out a wondrous sword from a weathered rock. Many years passed and many strong men failed. At last, a boy succeeded. His name was Nigel.

Nigel built a great fastness called Camelottery and trained a band of mounted warriors, called the 52 Brexiteers, employing the White Knight Sir Bors as his faithless deputy. And all we know who wears the jodhpurs in that marriage. Together, they drove out the invaders and the land grew in peace and plenty. Nigel married Gwenhwyfar, white phantom, first lady of these islands, the most beautiful woman in the world. And the people loved him.

But the traitor 48 and the witch Sturgeon tore the land apart again. It was no ordinary armed rebellion. There was a fell Celtic magic at its root. Aided as always by the wizard Murdoch, and bouyed up the far white Trump of Freedom, Nigel overcame even this but was mortally wounded and escorted from the field in the 120th minute by three blind maidens just before the penalty shoot out.

Nigel's last request was that the brand of Britain, which gave him great power, be cast back into the faery lake from which it came. He was last seen being shipped out by the maidens beyond the red dragon sunset of Breck's Isle to the lunatic isle of Elba, where he will live on as a Maimed King and return to slave us in our darkest hour.  This one.
Posted by Gareth Calway at 7:25 pm No comments: