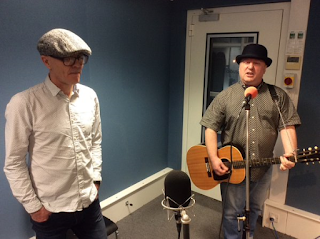 A sneak preview of next week's showcase 'Ballad of Boudicca' live to the BBC Eastern Counties. Are you listening Camolodunum and Lindum (Colchester and Lincoln)? 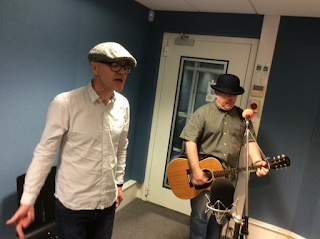 No freedom , no future no fun!..
and 20 quality BBC studio broadcast seconds of
Half God Half Nelson live
We also gave a shout out to our Puritan Christmas Party at Oliver Cromwell House on Dec 19 (2 pm) with a broadcast of our Lynn Carol from Morra's new CD.
Hear the broadcast here for 29 days after the 29 Nov. We start 1 hour and 15 minutes in, after Eta James.﻿

Posted by Gareth Calway at 8:03 am No comments:

Brown Lady of the Haunted Halls

Oh what fun this was. A dream team. Peter Stibbons - with whom I've already completed a book for publication this week - rolling the camera; if you want something done and quick ask a busy man to do it. Three actors/musicians it was a delight to direct. My better half as factotum and assistant director. A truly knockout song performed by Waterline, music by Warwick Jones. A history/ghost ballad lyric that sort of wrote itself and called to something in Warwick's musical mirror. And a series of  one-take performances from us all. The pics give a clue to how it was made and why so quickly- yes, that's a green-screen, folk-pickers - that and the absence of lines. And the absence of anyone taking any of it or themselves too seriously! The video will be available for viewing via a link given in the book Doin different published  this Dec 6. Lynn's haunting support vocal is a treat to tingle your spine. Warwick sings and plays like an angel with a scouser face and Terry folk-rocks. 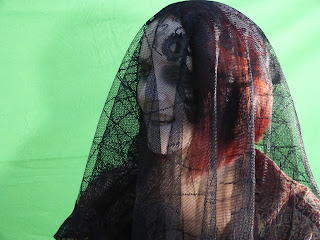 The Brown Lady herself - played by Lynn Wykes 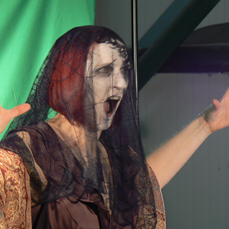 as an Edvard Munch Scream... 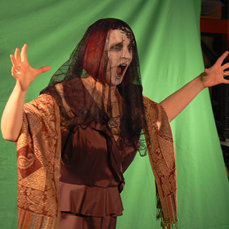 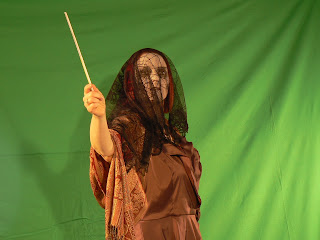 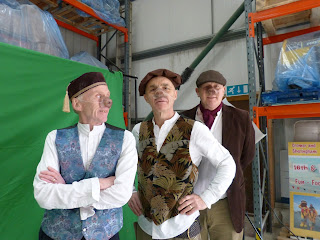 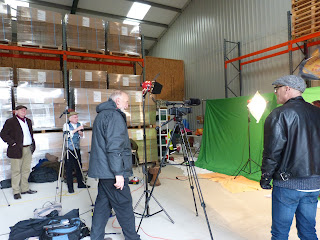 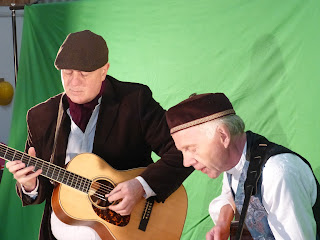 The guitar boys picking the tune 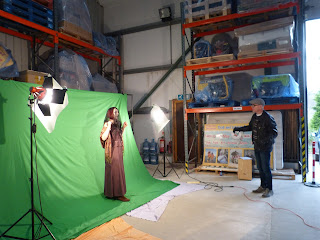 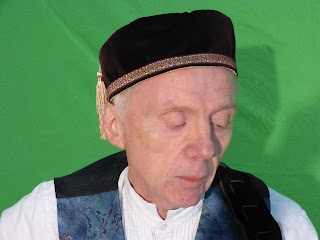 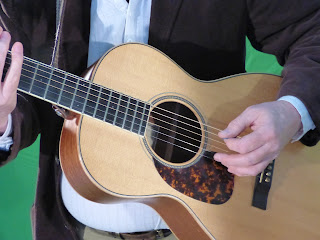 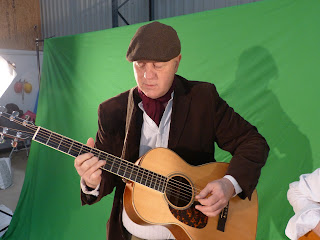 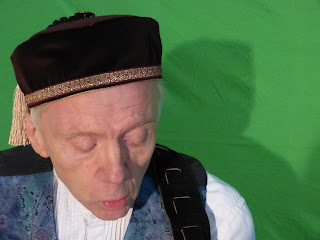 Warwick in the groove 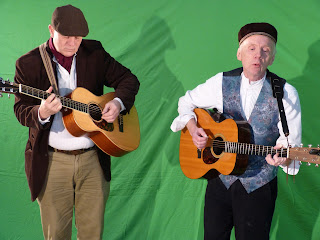 My direction was - play it like Macca and John 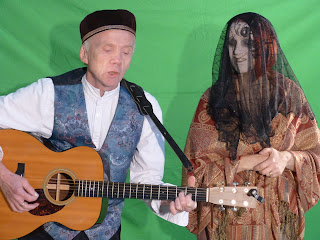 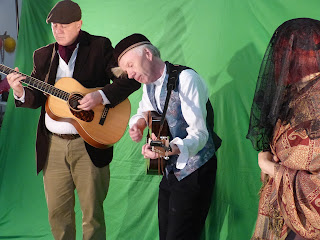 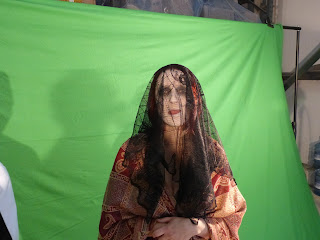 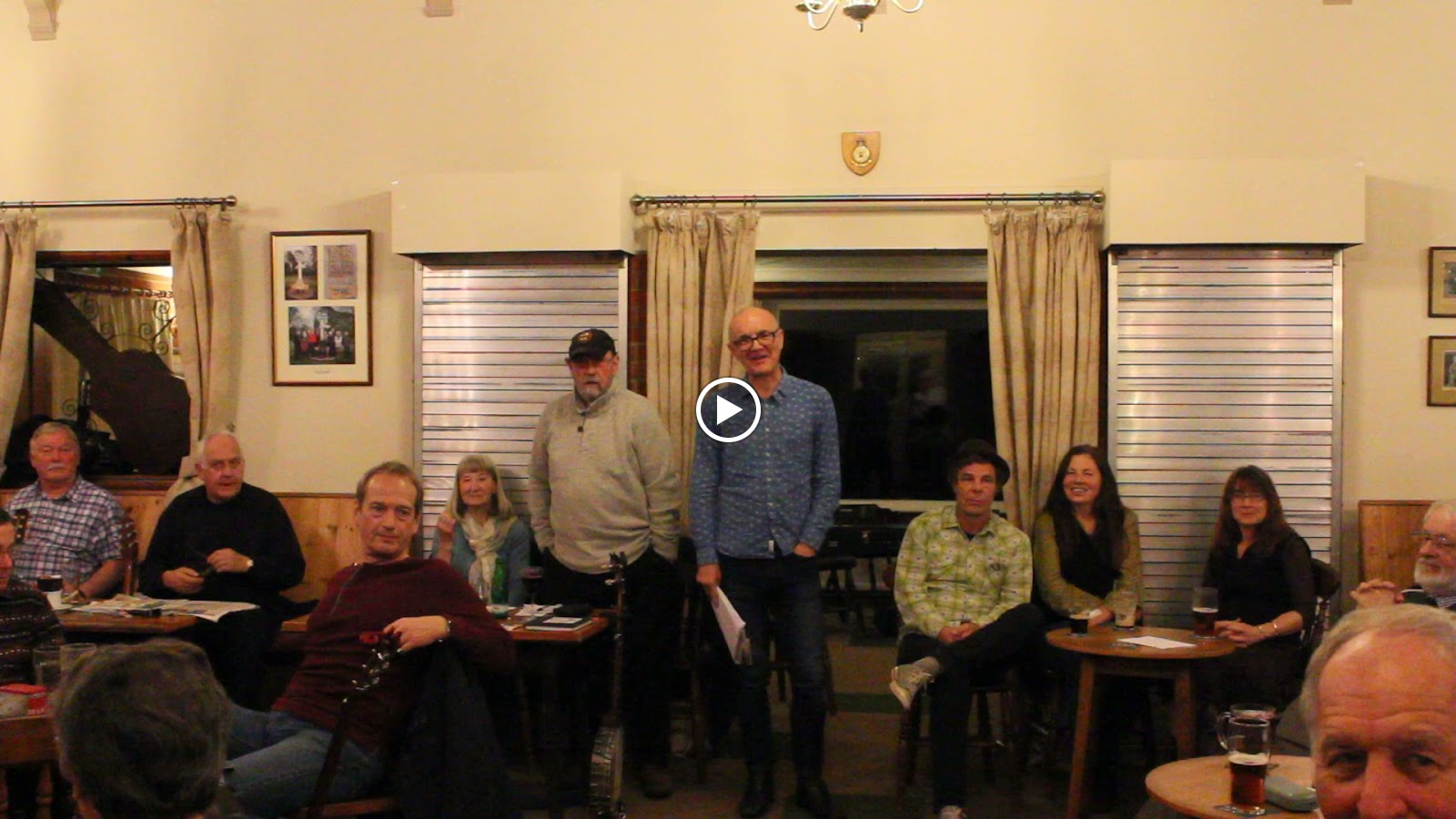 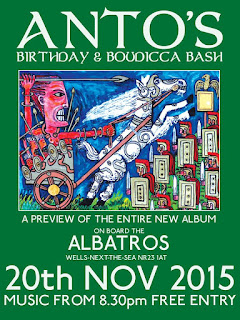 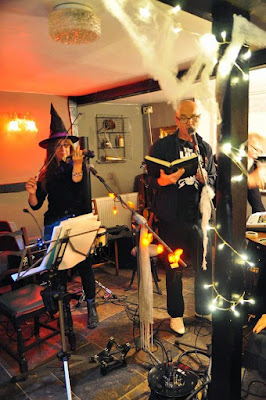 In August Gaz and Morra will perform their historic first Folk'n'word gig at Gin Fest, Ringstead, Norfolk
Posted by Gareth Calway at 8:04 am No comments: