Ray of Hope 3: How West Norfolk News Gets Delivered To South Georgia 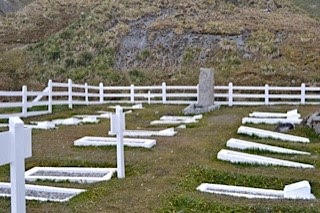 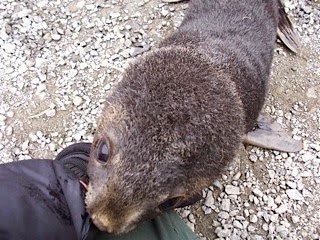 gotcha! A seal gets a bite of Ray's boot 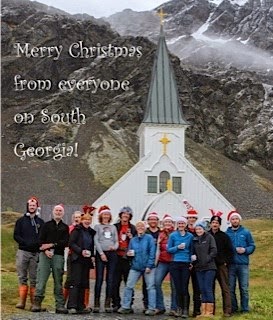 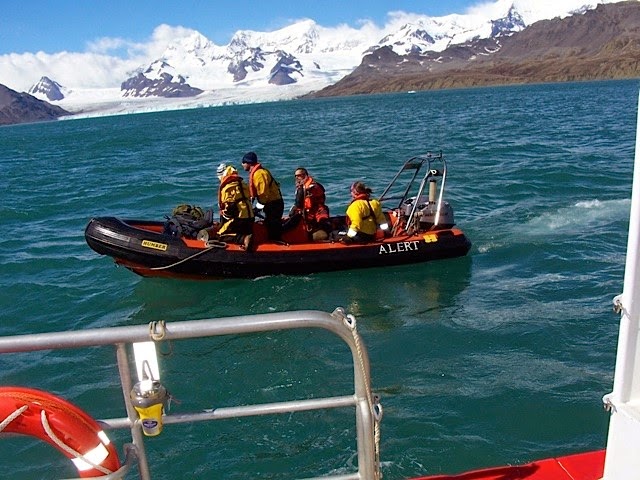 South Georgia
Smile :) You are the 100+ reader of this post
Some people will do anything for publicity. And not always with a story to tell. Not so ex-NHS electrician Ray Thirkettle late of this parish.
When Mr Thirkettle went to the British Antarctic Survey's Halley Station on Antarctica for four months in 2013, he and his BAS 'widow' Pauline kept it pretty much to themselves. This photo of the mature OU Science graduate in summer snow was strictly for the family album.
﻿ 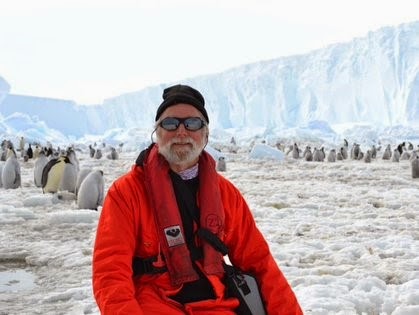 Not to mention that it's inappropriate for BAS employees engaged in state of the art research on the other side of the world to be shouting Hello Mum, Look at Me!
Ray likes a quiet life. Even quieter than the ones we get in village West Norfolk. And in recent years he has certainly gone that extra mile - or 7000 - to get it! 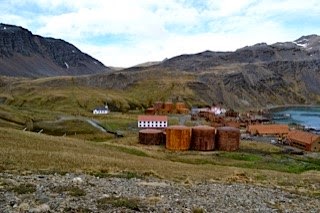 Grytviken - former whaling station
But when November 2014, Ray gave up his career and returned to the South Atlantic for 13 months, even TV was interested and the story threatened to snowball. I happened to be reviewing his BAS talk about Halley Station for the Lynn News just before he embarked and I suggested (without much expectation) we do an interview about his latest expedition.
Luckily he liked my take on his talk. And he knew me from our involvement in SHARP, the Sedgeford Archaeological and Historical Research Project. So he vouchsafed his whole amazing story to one trusted freelance - me! Thanks, Ray.
The EDP put the feature on the front page. (Read it here). Now it has become part of the story.
A couple from Nordelph, West Norfolk read it with more than usual interest. They were going on an intrepid sea adventure in the South Atlantic Ocean in December 2014 and on the strength of a shared local paper and a do-different Norfolk attitude, decided to call in on South Georgia and ask for Ray. 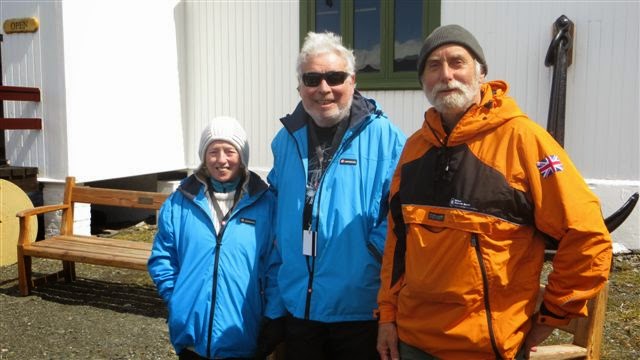 They did. And had a whale of a time! Among other South Georgia adventures, they explored Grytviken the old whaling station.﻿ 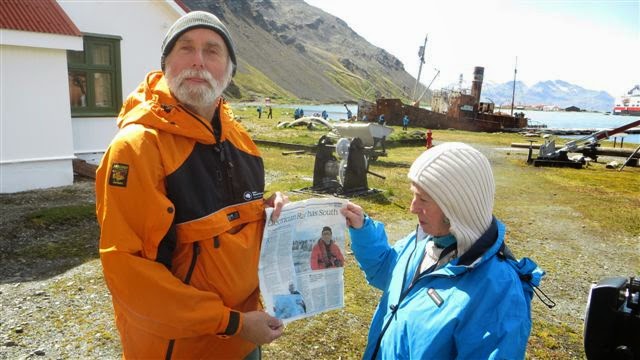 And guess what newspaper they took with them! Nothing like a print copy, eh, Ray?

Ray's Nordelph visitors later managed a (rare) landing on Elephant Island, and were lucky in the lottery for the 18 places available to camp on the snow overnight to see in the New Year at a special place I'm not allowed to say!

They're back home now in a very dank and damp Norfolk and it all couldn't be further removed from Grytviken.

But they have photographs of their brilliant memories. They sent them to Ray and here they are!

Posted by Gareth Calway at 4:57 pm No comments:

The Ballad of Anne Boleyn and the Burglar


I stole to the door of Blickling Hall

On the nineteenth night of May


And met the ghost of Anne Boleyn


‘Give them their head!’ she laughed, then turned


On me her look of love.

‘I stalked you once, who later flew,


And kissed you wild and free


With lips of sweet and dangerous rose


Before the King took me.

Her raven-headed throat was graved


With a bloody royal band


And King’s gold on her hand.

‘I am wild to hold, though I seem so tame


‘And my poor heart died for a worldly crown


And I’ll take your breath away.’

‘I am not your True Thomas!’ I cried in dread.


‘Ah! You’ve named the angel who guards my grave,


To hell I must return.

Moral- follow your head and lose it, choose love!

Posted by Gareth Calway at 10:34 am No comments:

Gin Trap Folk ran every last Tuesday of the month from September 2010 until January 2015. It was hosted by Steve Knowles - the singing Landlord - and Cindy,  seen here performing their duet 'What A Wonderful World' (and it certainly was) 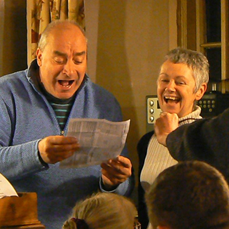 Perhaps prime amongst its unique features were the sing-arounds and shanties often led by Adrian, 'Jolly' Roger and Katie Fullilove's Fried Pirates, pictured here supporting yet another 'Gin Trap Virgin'

Nothing could stop this juggernaut of a folk club - except the closure of the pub - and in fact not even that as 'Gin Trap Folk' will phoenix from the winter chill at The Black Horse Castle Rising on Tuesday February 24th. Same time and vibe, different place.
The Gin Trap song - words by this blogster; music by Show of Hands, performed by the Fried Pirates.

Posted by Gareth Calway at 9:57 am No comments: