Boudicca at the Norwich Puppet Theatre 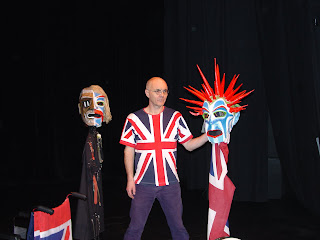 The Norwich Puppet Theatre staff were as always consummately professional, friendly and helpful all afternoon. I love this venue - a wonderful building (one of Norwich's many converted flint mediaeval churches) and a staff to match. I also got a decent-sized house - with an age range of (I guess) 9 up towards 80. It was great to have a front row of enthusiastic children learning about their unsung heroine whose giggles at the gags turned to rapt attention at the more sombre aspects of the story. And the older children (ages 12-80?) joined them at the end in the longest applause I think I've ever had. It's such a relief to get this thing out of rehearsal and before the public after so long. This show is well and truly on the road. Right - you've read the write up. Now get on the phone and book it.
Posted by Gareth Calway at 7:28 pm No comments: 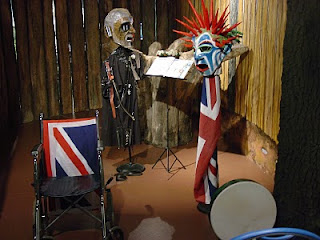 Here's the first set of the tour - and it will be hard to beat. It's an oak circle evoking the Celtic world and not just that - it had the actual 4000 year old Sea Henge just behind the audience. You can see its shadow cast in the floor between the two masks - perfect. I was facing it the whole performance, my Union Jack reflection putting me happily but paradoxically both on-stage and in the audience. So a genuine sense of occasion for the project starter. Tonight Boudicca's royal progress across her old quendom continues to the Norwich Puppet Theatre 01603 629921. It's a very UEA show - my other alma mater - so it's fitting that it should home in now to that fine city.
Posted by Gareth Calway at 9:52 am 1 comment: 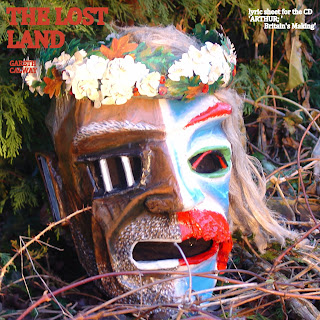 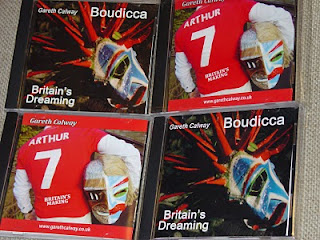 My bardic storytelling tour of Britain 2011-12 gets under way in Norfolk this week with Boudicca; Britain’s Dreaming. One Man and His Masks is a verse-based modern retelling of early British history using performance/masks/Celtic drum and aims to present the heritage stories of King Arthur and the relatively unsung British heroine Boudicca to modern teenagers in exciting new ways. Part One tells Boudicca’s revolt against the Romans as a punk rock tour, emphasising the Celtic and matriarchal angle more than the standard Roman view. Part Two tells Arthur’s legend as a sports channel covering the Grail/Cup Final - Camelot City versus Saxon Forest – with commentary, crowd noise, post-match analysis and call ins and emphasising the ancient Celtic more than the traditional Norman versions. Arthur is more boy-friendly and Boudicca is more girl-friendly if those terms mean anything anymore but they’re both designed to appeal to both genders: there’s heaps of battle narrative in the Boudicca and plenty of love poetry in the Arthur. If you can’t get to one of the gigs (full details www.garethcalway.co.uk/ 2011-12 Tour) there are school-friendly studio CDs of both performances, and a lyric booklet for Arthur.
Posted by Gareth Calway at 3:54 pm No comments: 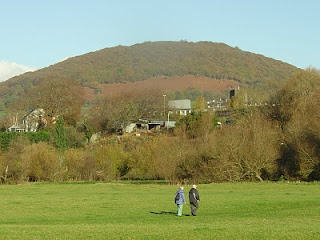 
There’s a lot of my mother in this poem. I don’t think I was the only one who had the (disappearing?) privilege of this sad conflict because of University. The first half of the last line is from my A level Geography notes. The penultimate line includes the word 'mark' which anyone who has played Rugby in the ruck and maul-rolling valleys will know allows its shouter a 'stop the world I want to get off' moment. Usually followed by a crunching late tackle from some human brick outhouse intent on keeping it less than detached.
Posted by Gareth Calway at 5:55 pm No comments: 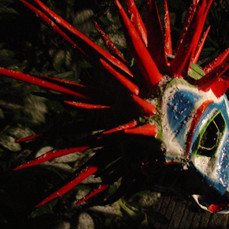 
Notes: this Roman view of Boudicca (a brythonic/Celtic word meaning 'Victory') is from "Boudicca; Britain's Dreaming" which is pilot-touring Boudicca's heartland of Norfolk this week. Boudicca's revolt against the Romans told as a punk rock tour.Tuesday is King's Lynn, Wednesday is Thetford and Wednesday night is Norwich. Details on the main site / 2011-12 Tour. 07790960868 for on the road info.
Posted by Gareth Calway at 5:45 pm No comments: 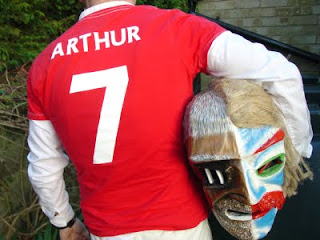 John scores a hero's try
and breaks his collarbone.
It's only a Games lesson
but it feels like The Grand Slam.
I took his drive for the line
right on the boil on my upper lip.
"Nasty place to have a boil," muses Terry Cobner,
the Games Master: Pontypool, Wales, Armageddon,
the Great British Lion who taught me everything
like
if I come a second late to his lesson
he hits me so hard on the backside with a redflash dap
I can't even cry with the pain.
Last week, Rhys broke his shin failing to make a mark.
I saw the white bone
hanging out of the skin, and the chunks of blood:
one look was enough.
then up to Ma Kinnock's for 'istory:
leather jacket, hard consonants, Llewellyn the Last and
"well boys, did you see the match - Cardiff and Arsenal?"
(no r in Cardiff, none in Arsenal).
The break she saw me fracture Thomas's nose was the proudest break of my life
but she is as beautiful as the Barley Mountain in spring
and I'm getting to the age when I want to keep my teeth
(I don't want to be Gareth Edwards,
I want to be The Beatles.)
Last week, watching "Terry" hang out of the window
in the middle of another of his recycled RE lessons
yelling at someone on the Rugby field to tackle even harder,
I decided it was easier to study Prince Llewellyn
than to re-enact him on the pitch.
I know already that all peoples (even gentle ones)
who've had their sovereignty stolen by a superior force
produce males who all their lives have to prove
it's no reflection on their manhoods.
It's difficult for the English to understand this.
It's why Rugby isn't cricket in Wales
but War.


From "Exile In His Own Country" Bluechrome 2006

A school contacted me today asking for a poem suitable for Year 10. So I sent this. The shirt in the photo will be performing Arthur;Britain's Making at Venue 53 at the Edinburgh Fringe throughout August 2011. With me inside it.
Posted by Gareth Calway at 5:06 pm No comments: