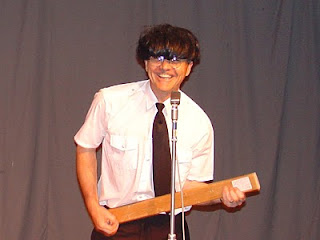 I thought this was a much better Beatles book than most - and I've read a few. The most interesting point to me is the identification of McCartney as the heart and the riddle of the Beatles. The author traces this to McCartney's actual childhood - a warm working class family home blighted by the death of his mother Mary from cancer - and then through all the other deaths and black hole griefs that Macca has brave-faced down with no other faith than music. As the film 'Nowhere Boy' sympathetically shows, this loss of a mother and his refuge in rock n roll is what linked him in that mirror opposite relationship to Lennon. It proposes McCartney as the tormented and difficult genius, rather than as the usual straight man to Lennon's romantic agony. The book is generous to George except in terms of coverage (very Beatle that) and more or less ignores Ringo (the usual mistake) but it is very interesting about the problematic nature of Paul's joyous (apparent) simplicity and gets to the arrogant Paul revealed in those Beatles songs where he insists on seeing it his way (We Can Work It Out, I'm Looking Through You). The book may not be correct in seeing Paul rather than George as the real dark horse - but it does not commit the cardinal sin of biting the Beatle hand that feeds it, or of making you feel and think less of its subject. It takes a clear-eyed look at the darkness that McCartney lit up and gives him due credit for facing it down and if it finally can't tell you why McCartney is a mystery in a way that's the point.
Posted by Gareth Calway at 7:39 am

Email ThisBlogThis!Share to TwitterShare to FacebookShare to Pinterest
Labels: Paul McCartney, The Beatles