Sick To The AA Gills of This Metropolitan Prejudice 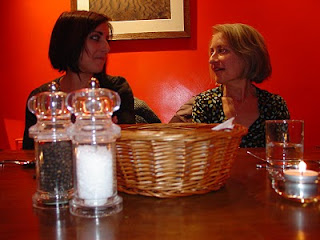 I don’t have the advantage of The Sunday Times’ ‘Table Talk’ correspondent AA Gill’s sneering metropolitan ‘insight’ into Norfolk. I only live here. Nor of his gastronomic critique of The Rose and Crown, Snettisham. I only eat there once a week and pretty much every special occasion. (Lest this appear incestuous - a term he uses with rather more freedom than evidence- I also regularly eat in London and other major cities where restaurants offering half this range and quality charge three times as much for the privilege. ) I do not have the advantage of Mr Gill’s national platform from which to fire a Broadside against this beautiful rolling landscape. (Yes, rolling. The Fens like the Hereward the Wake he places here in North West Norfolk are actually much further south, in Ely, which is in Cambridgeshire and in any case have a unique 180 degrees skyline and sense of freedom that metropolitan city dwellers typically long for. ) But I hope an inhabitant of what he variously slanders as both Narnia and Hernia will be allowed to ‘do different ‘ (Norfolk’s motto) and challenge his narrative with an alternative one, a habit championed in the past by the various heretic voices he demonises. Julian of Norwich, pioneering proto-Protestant female prose writer and ageless mystic, Thomas Paine, proto-democrat and prophetic author of Common Sense – all of it now adopted common practice - whom he belittles – and Boudicca, whom he omits, possibly because after invasive deracinating outsiders (Romans) had insulted and robbed her of herself, she burned down the London they came from, a London that had sold its soul to bankers, tiled floors, square urbanity and monuments. Gill has some deep problem with Norfolk that appears to distort his perceptions so much that I simply do not recognise the one he describes. Perhaps he should have a psychiatric treatment – or maybe just an eye test? Or just a pint of the Rose and Crown’s excellent Broadside ale – a sure cure for the bile of his ‘London Pride.’ (The latter guest ale is as excellent as all six real ales and the twenty nine fine wines served by the Rose and Crown but I think Mr Gill needs something a little more rustic – and stronger). My problem with London is that instead of the homely combination of real pub and cosmopolitan menu that sets the Rose and Crown apart – ever changing, inexhaustibly first class, effortlessly continental but restlessly and excitingly world-cuisine – instead of its two restaurants, two log-fire bars, oak beam and stone thresholds worn down by half a millennium of folk and large modern family area (the only part Gill reports) that the 14th century Rose and Crown offers, you can spend a day trying to find a shop that sells a digital radio before your realise that they are all in Tottenham Court Road: a hundred and one versions of the same shop. And that Leicester Square in the ‘heart’ of London is basically ten giant cinemas and ten thousand tourists and that you will find more of ‘real’ London in Leytonstone – though you won’t find a Rose and Crown worth the name there – or Burnham Market, which up here in Norfolk is known as ‘Chelsea sur le Mer.’ ‘Real’ Burnham Market – the butchers, the unlocked flint Nelson- redolent churches, the playgroup, the school – is a community that really works. The ‘Chelsea’ influx that comes there to exclaim in very loud voices and very loud clothes HOW QUIET IT IS HERE over their overpriced Chablis is one that AA Gill would doubtless feel quite at home in. And one we locals merely enjoy watching with a tolerant smile.
Posted by Gareth Calway at 2:24 pm

I have been trying to find an EMail address for A A Gill to tell him what I thought of his review to no avail. Clearly he doesn't want the public who pay him to get in touch.

I don't live in or near Snettisham, but I am Norfolk born and bred and live near Norwich. I frequently eat at various hostelries in Norfolk, and as with every county, there are good and bad. But according to A A Gill, all Norfolk is bad.

Another of Norfolk's sons he fails to mention is Nelson. Even A A Gill must have noticed the county signs proudly bearing Nelson's name. Perhaps he should remember the following about our county.

1. Without Nelson A A Gill may never have been born.

2. If he had been born he would probably be speaking French.

3. His mate Clarkson would be driving a Renault Wind.

Adrian Gill is a rather sad case really. He makes a living pouring vitriol on other people simply because they don't live in London. It's formulaic, it's lazy and worst of all it's predictable and boring.

Why anyone pays any attention to him I don't know.

His opinion on Norfolk may be worth considering if he lives there for 30 years. Until then it's just a load of old squit.

I understand why you have got the hump, Gareth. It's why I don't read the papers: they have nothing to say about the life I lead because I don't ski, I don't have enough money for a second home, I don't give a toss about cars and I never go to London (not for prejudicial reasons but simply because I don't want to). Although I live in Worcestershire, I am becoming slightly more Cornish in my outlook, if you see what I mean.