An Appointment With Mr Yeats 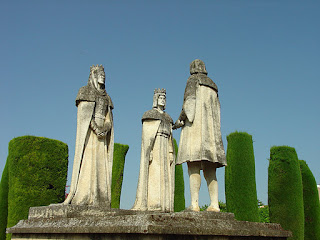 It's a sad fact that collaborations can divide rather than multiply and there was every chance that this unlikely merger of the wonderful Waterboys and the incomparable Yeats would come up with neither and less. But it's a triumph. Every time Kate Kim sings the word 'Politics' every ounce of what Yeats meant by 'Oh that I were young again and held her in my arms' hits the spot. And Innisfree as a blues? Genius. And the rhythms of Come away , come away at the top of the album make you want to believe in all that Celtic twilight whimsy Yeats brought to its apotheosis before moving on to become the greatest Romantic of the Twentieth century, and a Modernist the equal of Eliot. Before the World Was Made sung once by Mike Scott and then Katie Kins and then together kind of makes Yeats' point. And the playing's vintage Waterboys. It's the Waterboys AND Yeats and AND something more than the sum of these parts. I haven't stopped playing it for two weeks and unless my wife threatens to leave me on that account I can't see that changing any time soon. A supreme vindication of cheek and of not letting anyone's reputation stop you from trying to approach what they did in the cheeky way they did in the first place. Romantic Ireland's not dead and gone or with the Yeats Heritage industry: it's here smelling of Yeatsian Roses.
Posted by Gareth Calway at 2:13 pm

Email ThisBlogThis!Share to TwitterShare to FacebookShare to Pinterest
Labels: An Appointment With Mr Yeats, Katie Kim, Mike Scott, The Waterboys