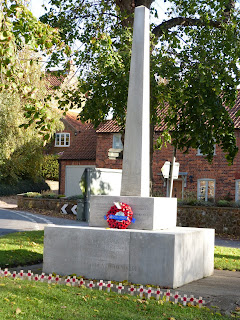 The Sedgeford War Memorial stands on a distinctive triangle of grass at the heart of the village: Cole Green. It was unveiled by the Countess of Leicester (of Holkham Hall) in 1920. Its lovingly tended clean modernist lines still gleam. With its telephone directory of names honouring local war dead, and its three trees standing sentinel, it has a special atmosphere all year round.

And every Remembrance Sunday it draws a village together. Whatever ‘country’ means to those gathered round the memorial today, their predecessors were prepared to die for it.

The ‘war to end all wars’, alas, did not - and wars and memorials continue. But 23 of the names read out - a figure out all proportion to the size of the village and Sedgeford is hardly alone in that – are from the First World War. It will always have that awful prominence. As the solemn and beautiful words of the service bear witness:

“They shall grow not old, as we that are left grow old:
Age shall not weary them, nor the years condemn.
At the going down of the sun and in the morning
We will remember them.”

No, that’s not from the Bible or The Book of Common Prayer. It’s the fourth verse of ‘For The Fallen’ written in September 1914 by the poet Laurence Binyon.

‘The Times’ published the poem in remembrance of the British Expeditionary Force’s crucial rearguard action after the Battle of Mons in August 1914 and its last ditch resistance shoulder to shoulder with the French at the Battle of the Marne in September. Without such sacrifice, the war would surely have been lost within two months.

Adopted by the Royal British Legion to commemorate fallen servicemen and women they, like the fallen, do not grow old. 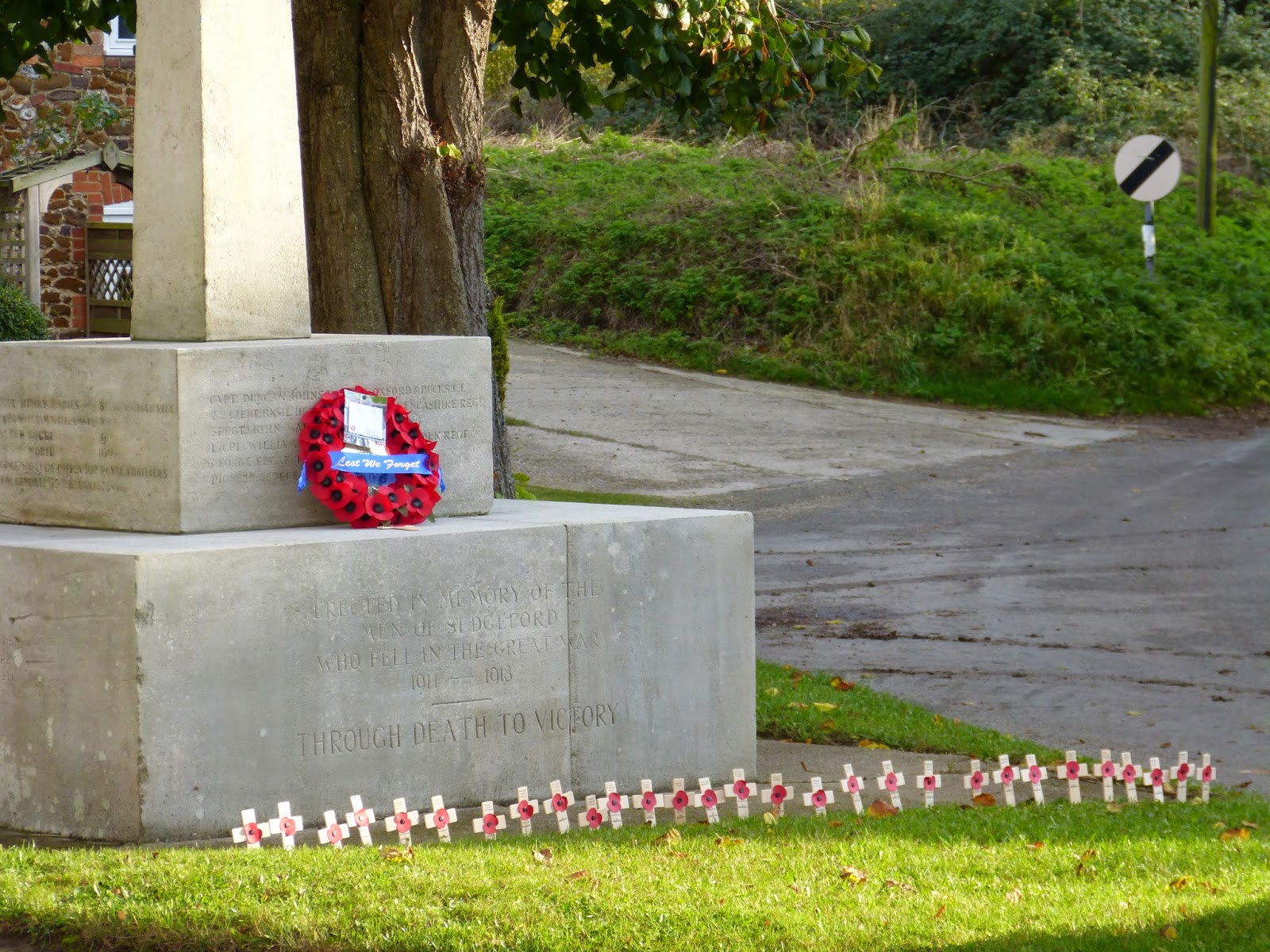 What passing-bells for these who die as cattle?
Only the monstrous anger of the guns.
Only the stuttering rifles' rapid rattle
Can patter out their hasty orisons.
No mockeries for them; no prayers nor bells,
Nor any voice of mourning save the choirs, -
The shrill, demented choirs of wailing shells;
And bugles calling for them from sad shires.
What candles may be held to speed them all?
Not in the hands of boys, but in their eyes
Shall shine the holy glimmers of good-byes.
The pallor of girls' brows shall be their pall;
Their flowers the tenderness of patient minds,
And each slow dusk a drawing-down of blinds. 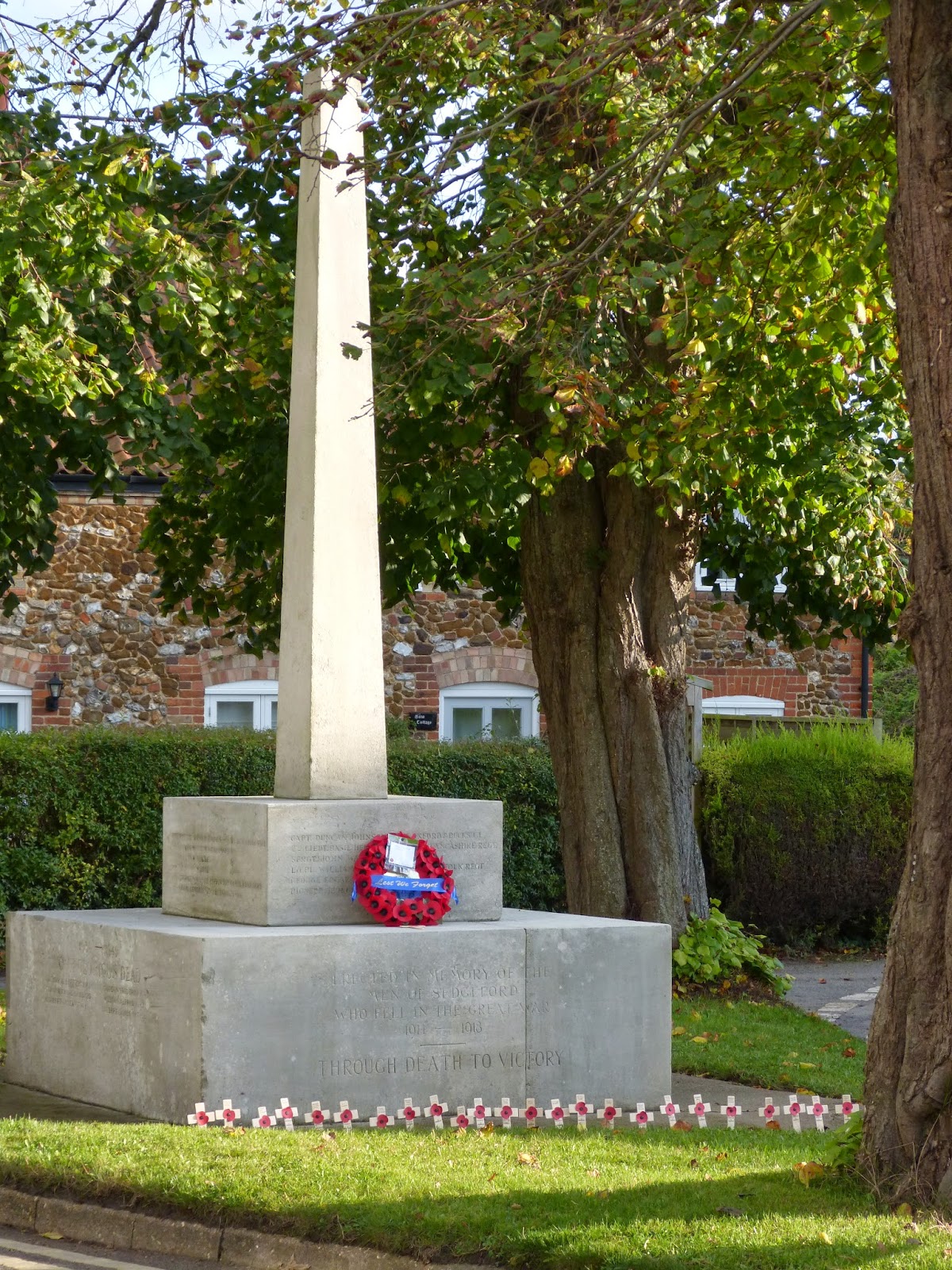