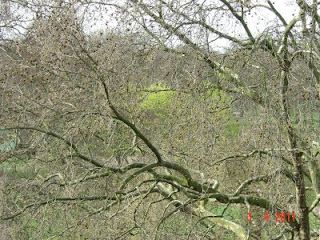 
Here's wishing everyone a jolly Good Friday. I wrote this in 1982 not long after an Arvon writing course at Easter in Totleigh Barton in Devon (still a very fond memory) around the time I was doing readings at the Barge Semington in Gloucester. You had to fairly pithy or the good natured Gloucester crowd would tell you to pith off. It was published in 'Exile In His Own Country' (Bluechrome, 2006) though it never made it into the Church Times. I was young and naive and couldn't understand how Christianity could get to the pogroms from a Jewish Messiah born of Jewish parents with Jewish apostles. I am older and worldlier now and this sort of ingenuity no longer surprises me. Nevertheless, out of the mouths of babes...
Posted by Gareth Calway at 9:52 am