Waywood (The Artists Formerly Known as Lovehearts and Redwine) 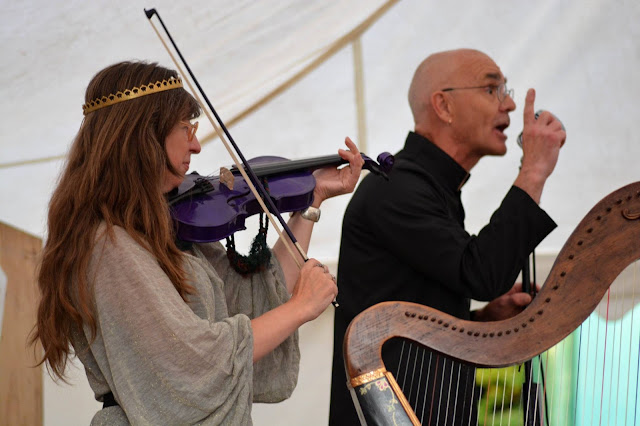 Waywood performing the Ballad of Fiddler's Hill at the SHARP archaeological dig (pic by Bhas Allan) You won't see this again as  Lovewood now does the fiddle section on the harp.  Loveway's  hair is by Ronald's of Mayfair. 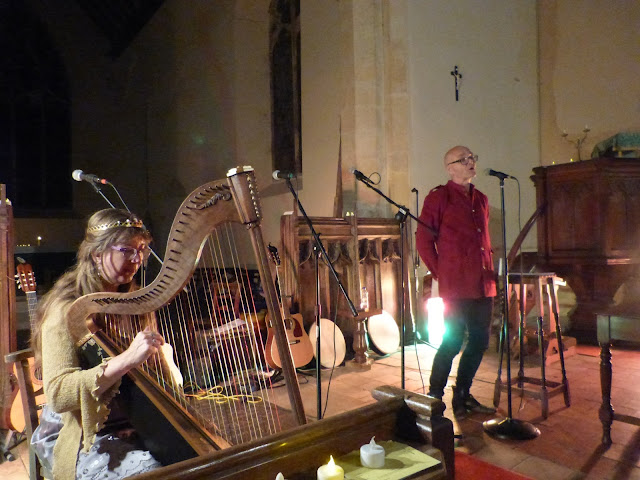 The Doin different project has led to the formation of four bands.  This is one of them - Waywood have played a few one-offs and two-offs before but the Doin different show at SHARP Sedgeford showed them at fuller stretch, moving between tragedy and comedy

You may have seen Lovewood as a solo act at the National Eistedfodd under the name Vanessa Wood-Davies. If so, please send her home!

Posted by Gareth Calway at 7:48 pm