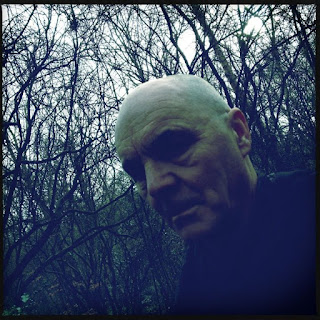 January 30 is an ominous date in any royal calendar. It was the day Charles I was beheaded in 1649. But did you know that Oliver Cromwell was also beheaded (not to mention hanged, drawn and quartered) on that date in 1660? The crucial difference being that Cromwell had already been dead and buried for two years when it happened! Norfolk author Gareth Calway’s dramatic monologue tells the story.

Cromwell, one of the 57 signatories of Charles I’s death warrant, died in 1658 as England’s only Republican Head of State and was buried with great honour and embalmed ( against his wishes) as a king. But at the Restoration, his reviled body was exhumed, disgraced and the head put on a spike on top of Westminster Hall. It remained there for 25 years until a lightning bolt removed it. It was smuggled away the next morning by an old soldier and hidden up a chimney for decades and then had an extraordinary and often gruesome afterlife before eventually being buried secretly at Sidney Sussex College, Cambridge in 1960. A plaque there commemorates the fact. So the East Anglia which gave Cromwell his first prominence remains haunted by his story and the old revolutionary head remains at the heart of an England he dominated.

Gareth’s carefully researched dramatic monologue makes the most of the gory aspects of this true gothic story and was a sell out success when it was performed at Oliver Cromwell’s House on Sep 3 (the date of Cromwell’s decease in 1658 and of his three mightiest victories in 1649,1650 and 1651). 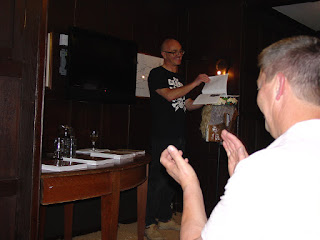 Cromwell’s Talking Head will be touring as a one man show this year and you can see the performance at two East Anglian venues at the end of this month: on January 30 itself at Oliver Cromwell’s House in Ely (reserve tickets on 01353 662062, £7.50 includes tour of house and glass of Cromwell cider) at 2 pm and then at the Gin Trap Inn, Ringstead on February 1st at 8.30 pm, preceded by a first half A Punktured History of Britain. (reserve tickets on 01485 571828, £7) 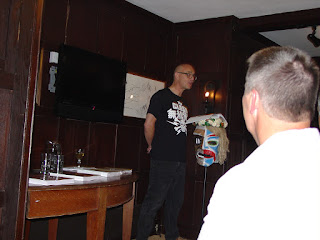 Cromwell's Talking Head will be featured on the Afternoon Show on Radio Norfolk on Tuesday 29 after three pm.

http://www.cambridge-news.co.uk/Ely/Fun-and-games-to-mark-Charles-Is-grisly-demise-01022013.htm for an online front page in the Ely edition of the Cambridgeshire Evening News.

Posted by Gareth Calway at 9:51 am