Roger Young (the Wolf man) writes... "a superb evening of music from our members and from our double bill of guests - you missed an absolute treat. The evening was dedicated to the memory of Chris Adams and supported by a substantial donation towards costs from Chris' sister Pauline who was there to help us celebrate the memory of Chris." 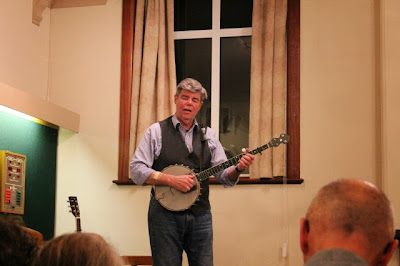 Adam Hurt & Beth Williams Hartness performed professionally the night before at the Dragon Hall in Norwich and surprised Roger by not repeating their banjo-centric set. Adam explained he didn't want to inflict this on a 'mixed audience' .... 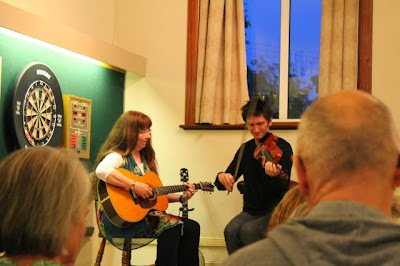 Roger continues... both currently live in Kernersville North Carolina. Adam originally from Minnesota His father was an orchestral violinist. Adam started on bluegrass mandolin at age 11 and went on to play banjo making his first solo banjo album at the age of 16. He has won the banjo competition at the famous Clifftop Festival three times and also the Mt. Airy Festival three times. He currently makes his living dividing his time between performing and teaching. He gives individual lessons online via Skype and is in great demand to teach at many banjo camps around the USA and has taught at the "Sorefingers" week here in the UK.
He is extremely interested in architecture, especially Victorian Gothic and visiting places of historical significance.
Beth grew up on a tobacco farm in rural North Carolina. She started on guitar aged 11, is self taught and developed her own unique fingerpicking style. she has played guitar in several prize winning bands and twice won prizes for backup guitar.
Beth and Adam have played together professionally for about eight years. They have played the Kennedy Centre Millenium Stage, the Birchmere centre in Washington DC and many other venues including several in the UK. Their most recent CD is called "Fine Times at Our House" which is also the name of a splendid fiddle tune from the Hammons Family. Adam has made several solo CDs including one devoted to the sound of the gourd banjo as originally made and played by the slaves on the plantations around the time of the early 1800s. 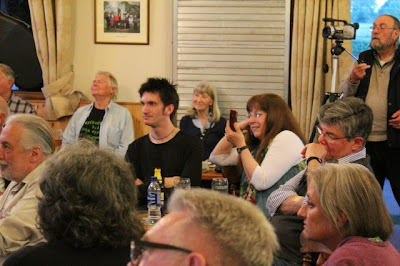 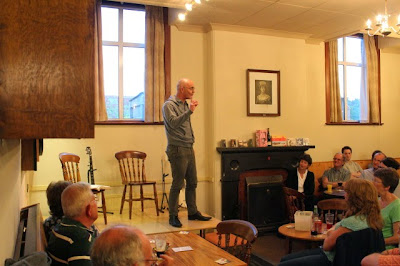 I agree with Roger. An exceptional night at the always fabulous Wolf Folk Club in Wolferton. More info (on Jeff Warner) to follow and pics too of a film Roger made of my performance of Howl, to howling and growling accompaniment by the audience and regulars, which he has adopted as the club anthem. 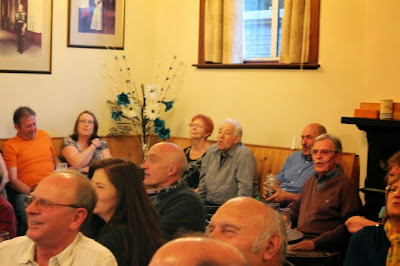 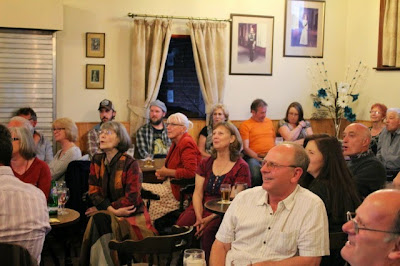 John McLennan's nifty pics show Maz and I watching Adam and Beth and then Beth and Adam (and Jeff and Maz) watching (and phone videoing) me. Consider this a release to show the video in Hollywood, Beth.I was pleased as a wolf with two tails with my performance, recorded under a full moon (as it happens) and delivered by heart and from the animal belly except for the cerebral encyclopaedia bit and I won the raffle too - twice! 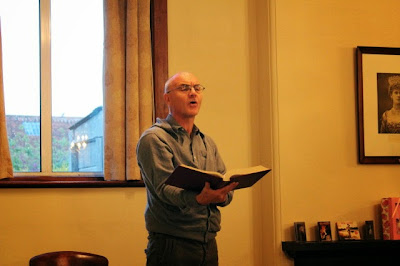 More - on Jeff Warner - in due course.