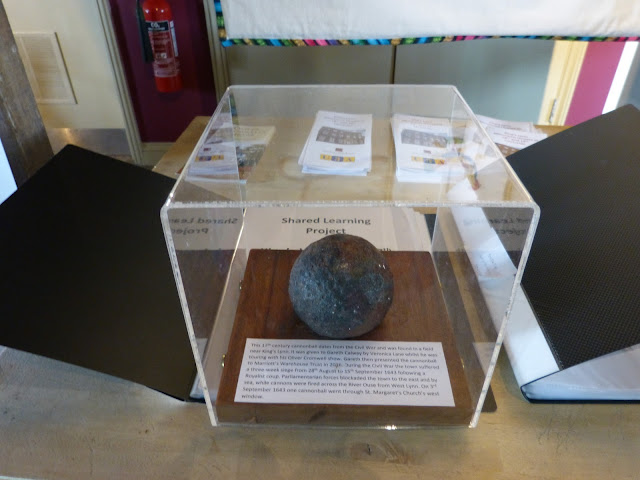 The cannonball in all its glory, now on permanent public display at Marriott's Warehouse 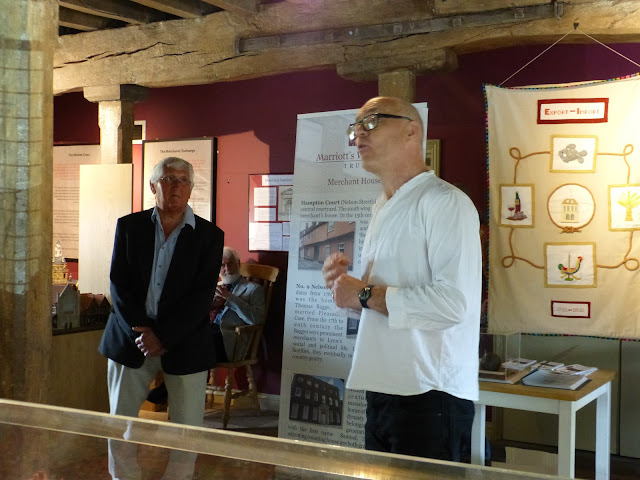 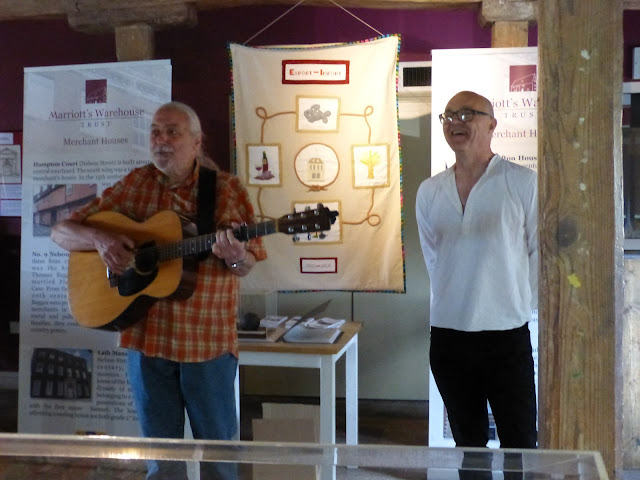 The Ballad of Freeborn John (lyrics at end of this blogpost) 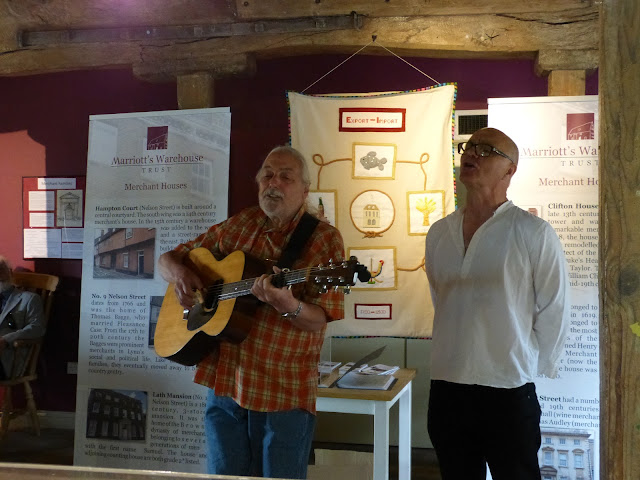 "'I spilled my blood so I need a voice,'/ Said Freeborn John at Putney..." 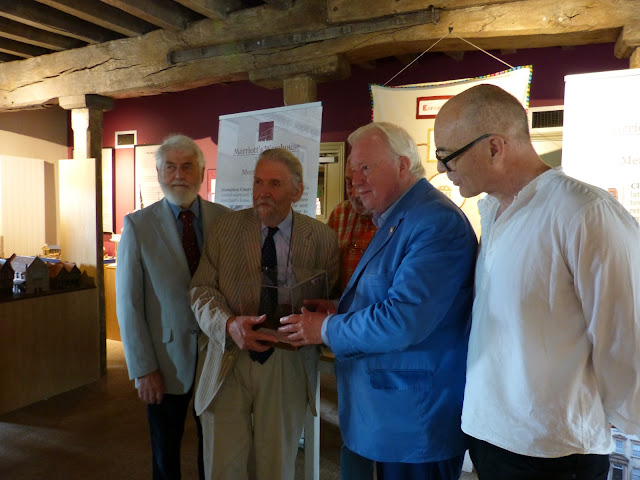 Dr Paul Richards, who gave an excellent talk about the Siege, with the other Marriott's Warehouse Trustees, along with performers on the day Andy (hidden) and Gareth 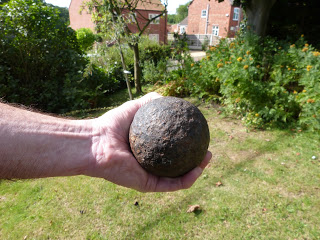 The cannonball as presented to Gareth by Veronica Lane

This 17th century cannonball dates from the Civil War and was found in a field near King’s Lynn. It was given to Gareth Calway by Veronica Lane whilst he was touring with his Oliver Cromwell show. Gareth then presented the cannonball to Marriott’s Warehouse Trust in 2016. During the Civil War the town suffered a three-week siege from 28th August to 15th September 1643 following a Royalist coup. Parliamentarian forces blockaded the town to the east and by sea, while cannons were fired across the River Ouse from West Lynn. On 3rd September 1643 one cannonball went through St. Margaret’s Church’s west window.

The Siege of Lynn was very important in terms of the Civil War and also because of its impact on the population of Lynn.  To mark the occasion, Gareth will join with Andy Wall director of Ely Folk Festival to perform "The Ballad of Freeborn John" their song about the issues at stake in the Civil War and declaim his comic ballad "The Ballad of The Backwoods Cavalier" which tells the story of the Siege as PG Wodehouse might have told it! Dr Paul Richards will deliver a short talk about the impact of the Siege on Lynn's population.

The Ballad of The Backwoods Cavalier

We are the laughing cavaliers
And we need a royal 'we'
Now it's weeing down with cannonballs
And the last laugh is on me.

We live and die a chevalier’s life,
And we spend a royal p.
On a black marble floor for our horse's hooves
And a falconer and a fool for me.

We are the laughing cavaliers
And we need a royal 'we'
Now it's weeing down with cannonballs
And the last laugh is on me.
.
From Oxford Town to Norfolk woods
The four winds see me ride
And show my fine letter to a Jack
His poor coat to turn or bribe.

We are the laughing cavaliers
And we need a royal 'we'
Now it's weeing down with cannonballs
And the last laugh is on ...we.

The bloodiest war in our history
And one in four of us died
For a castled king on a stagnant throne
In a revolutionary tide.

‘I spilt my blood so I need a voice!’
Cries Freeborn John at Putney,
‘Who dies for England is England’s king,
We are no grandee’s army.

‘The poorest man in England has
The right to live as the greatest,
Our God’s the All in all, our king’s
The Christ in every breast.’

We’re the voice of the Freeborn Englishman
That was raised at Magna Carta,
The Dissenting flag of the Good Old Cause,
The common or garden martyr.

I rose with Tyler, Straw and Ball
When peasants shook the kingdom,
I was sold down that river of blood by a king
Who hawked the soul of England.

We need no manor house and land
To fix our permanent interest,
We fight for England, our rights and ourselves:
No mercenary business.

I will rise at Kett’s Hill and Tolpuddle,
I will fall at Peterloo,
March to Chartist hell and a Newport hotel
To win this Britain for you,

Die a million deaths in two world wars
Though the portion’s not so many
As died for Charles, that Man of Blood,
And in our redcoat Army.

A new model England truly advanced,
Through rank and royal sin
In a cavalry charge to a Future Now
Whose God Not Man Is King.*

*the epitaph on Cromwell’s tomb 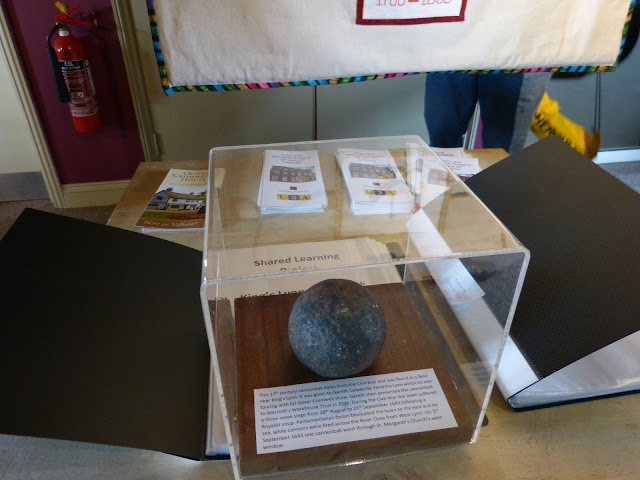 Posted by Gareth Calway at 8:48 am