January 30, Humpty Dumpty and The Siege of Lynn 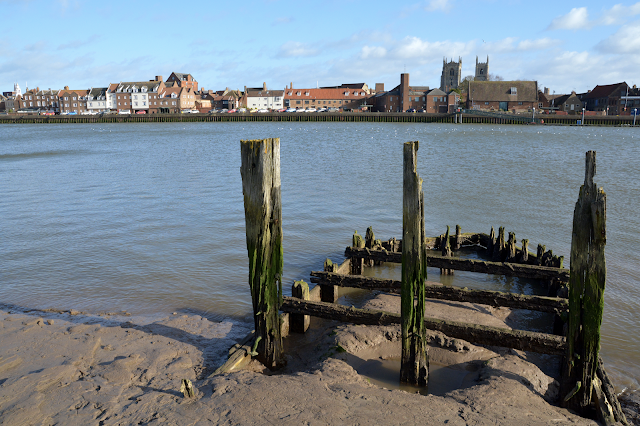 The nursery rhyme "Humpty Dumpty" is said to be a concise folk account of the English Civil War. In some interpretations Humpty Dumpty is that fallen would-be Absolute Monarch (Charles I) himself, whom all his cavalry and men couldn't restore. In others it is a piece of fallen royalist artillery on the walls of Colchester during the siege of 1648. We wonder if the rhyme immortalised the moment when the Humpy Dumpty of Absolute Monarchy was forever broken in these islands as not even the Restoration of 1660 could put Humpty together again or prevent him developing back into the Parliamentary model.

January 30 1649 was the day Englishmen took the rather un-English step of chopping off a Head of State ("Chop off his head with the crown upon it," as Cromwell put it) and January 30 1661 was the day the only English republic was symbolically beheaded in the posthumous exhumation and beheading of Cromwell's corpse, until then honourably buried in Henry VII's tomb.  (Cromwell's head now resides secretly in Sidney Sussex College, Cambridge, the college he himself attended but had to leave on his father's death.) So it seems a fitting day to release our gothic musical comedy about a decisive early action in the Civil War, the Siege of Lynn of 1643.

It makes a nice tourist-story to suggest Lynn was a valiant Royalist town holding back the tide but in fact the backwoods Cavaliers who stormed and held it for a month had as much legitimacy as the thugs who stormed the Capitol in the last days of Trump. The royalist coup, against the two legitimately elected Parliamentarian MPs and a Parliamentary mayor, was led by a Sir Hamon Le Strange of Hunstanton Hall (a large painting of him still has pride of place in the elegant Town Hall) anxious for his large but precarious personal fortune if the Parliamentarians won the war and started to address corruption. He was right to be anxious. His, and his son Roger's, passionate Royalism was indistinguishable from their financial self-interest and the deaths, destruction and terror their month-long coup brought down upon the strategically vital port were ultimately in that very cavalier and not very noble cause.
It's also important to remember that the King was not the constitutional monarchy of today, which most of the Parliamentarians would have fought for themselves, but a deluded tyrant. It would be a much better heritage story to explain that in 1643 a key victory for the future progression of Britain was fought and won across the great Ouse between West Lynn and Lynn. Parliament would never have won the War without its naval supremacy and the port of Lynn, along with its supply route into London and ten counties, was essential to retaining this at the start. Once Lynn was re-secured, the War could be fought on other frontiers. But if Lynn had remained in the hands of unelected cavaliers long enough for the royalist Duke of Newcastle to relieve the town, the whole course of the war might have been different.
Credits:
A Phezant's Tail-John Charlton composition.
(Words and bridge: The Phezant's Tail
Melody on the verses and chorus: John Charlton)
Produced by The Phezant's Tail
We are indebted to John Charlton for his work on this track, the first in a two way collaboration between us. His melody helped us marry those mutual exclusives: poetry sung and poetry acted (a long ambition of ours). He also sang with us and played acoustic and bass on the chorus and verse. And a very good time was had by all.
Pic of Lynn from West Lynn by Bhas Allan, taken in January 2019.  Cromwell's Parliamentary artillery bombarded Lynn from this side while its navy blockaded from the Wash. The stained glass (west) window 'shot all to hell' was in the double towered church pictured (St Margaret's, Lynn Minster) and happened on September 3, a spookily recurring date in Cromwell's career. (The date of his three decisive victories in Ireland, Scotland and England 1649-1651 and the day he died in 1658.)
Posted by Gareth Calway at 2:20 am